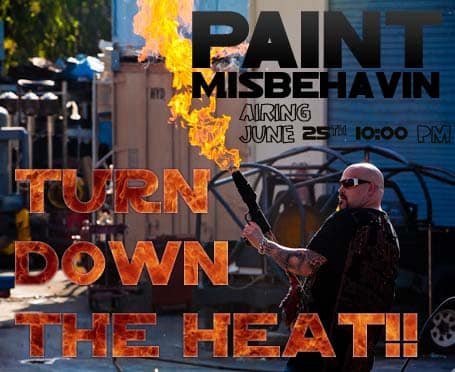 This guy Steve Flanagan from thr TLC special which aired June 25th is a complete fraud. He was fired from his position at Alsacorp in 2007. Steve is a WANTED MAN. The Hells Angeles are looking for him, his “manufacturer” is looking to collect on product.

The cop car did not change at the flip of a switch. Matter of fact it needed to be plugged in at all times to even be able to keep a charge in the car and start ignition. The fireproof paint is WIDELY known about and used everyday around the world. Steve dd not create the paint he merely went to OC bought a bottle for $20 and poured it into his bottles for the filming.

Steve is no “RING LEADER” Steve is a bum who hasn’t earned a dollar in 2 years. He borrowed $10k from a sick neighbor (currently hospitalized) so he could move into his new house (which he is behing 3 months rent on). He is indebted to friends and colleagues for over $100,000 and he has yet to earn one cent in all this time.

Steve is the biggest loser type Hollywood has to offer!