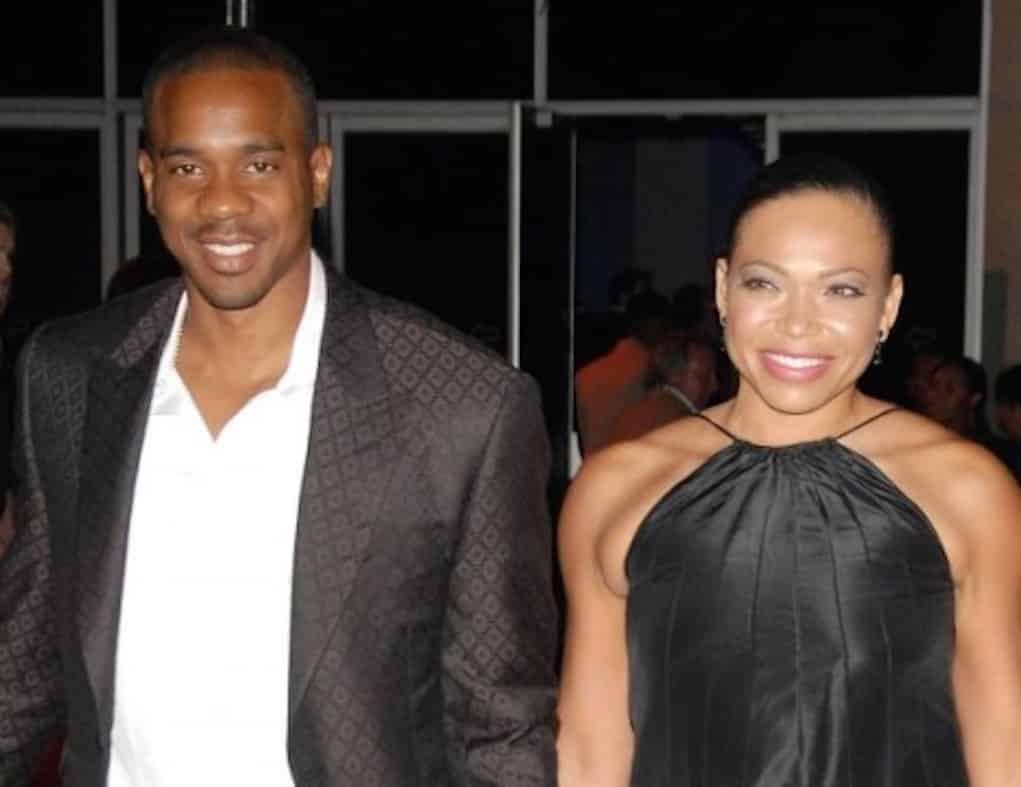 After it was revealed yesterday that Tisha Campbell and Duane Martin had filed for bankruptcy, Tisha took to her Twitter to make light of her financial situation.

Although the couple is $15 million in debt, Tisha joked around by asking her followers if “anybody got a nickel,” and further explained the reason they chose to file for Chapter 7 bankruptcy. 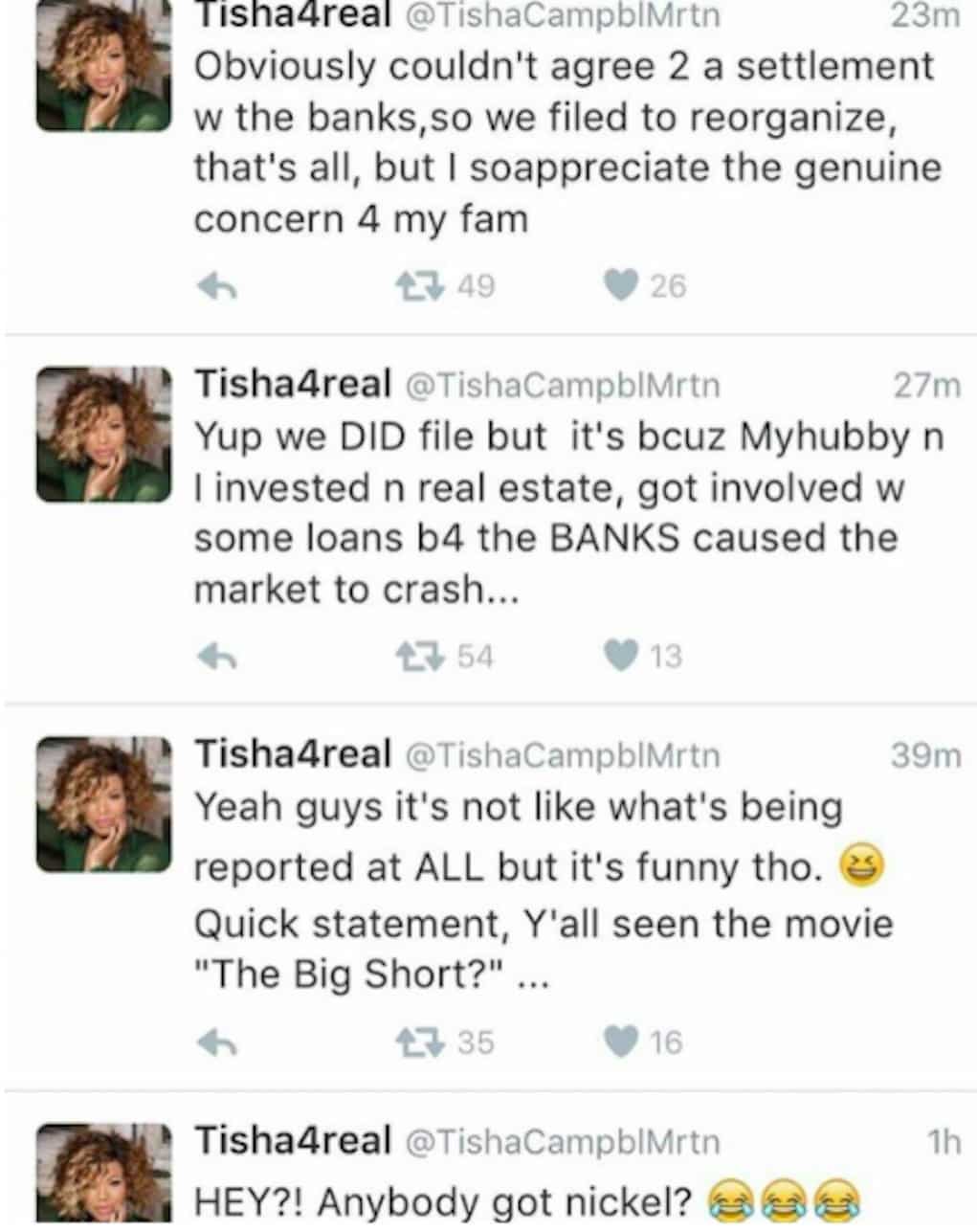 At least she can laugh about it, right? #Hollyweird