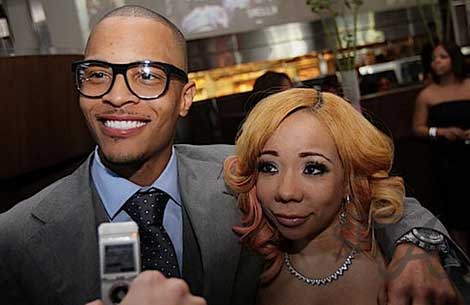 “The crux of T.I. & Tiny’s recent issues stem from the baby T.I. has fathered outside of their marriage.” -Funky Dineva

The latest word on T.I. and Tiny’s split is pointing to a secret love child, reportedly fathered by Tip less than a year ago! That’s according to the Funky Dineva, who says The Harris’ got into a heated argument about the said situation on the Grammys red carpet.

“Bae-Bae they said they showed out and that there were plenty of onlookers.”

This, by no means, lets Iggy Azelia off her home-wreaking hook! Don’t believe me.. Just ask Nas! And though there’s no word on the identity of Tip’s alleged newest baby momma, we can tell you Mr. Grand Hustle used TMZ as a tool to throw a curve ball — which we suspected from the jump. 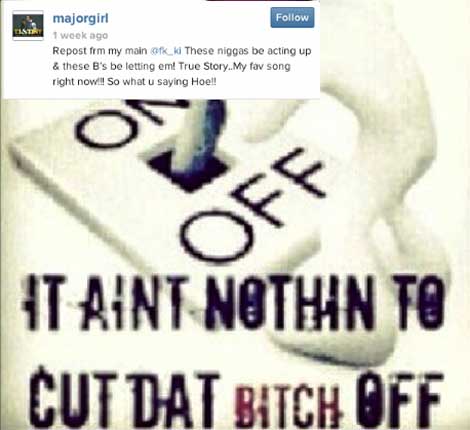 “Leveraging their relationship with TMZ, T.I.’s camp was able to get them to downplay their story significantly, and put a stupid spin on the story that only a 2-year old would believe.” 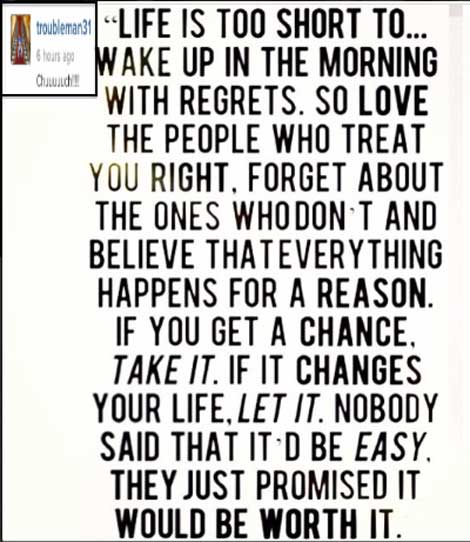 Here’s what the Funky Dineva reports:

“Additionally, members of T.I.’s team leveraged their relationships with smaller Atlanta based blogs to twist facts and downplay the whole ordeal.

Those closest to T.I. & Tiny are keeping it cute, but the Atlanta streets and big mouth members of T.I. & Tiny’s camp are talking. I’m told the baby is definitely less than a year old. So there it is…

Don’t let them cute high yella children on VH1 fool you. T.I. & Tiny are a far cry from Bill & Claire.

It is common knowledge for those who are plugged in here in Atlanta that T.I. Is EXTREMELY controlling and wont allow Tiny to do anything, or go anywhere. Well over the weekend, Mama shole was tootsie rollin all that store bought ass over Turks and Caicos. Looked like a Waiting To Exhale Party to me…”