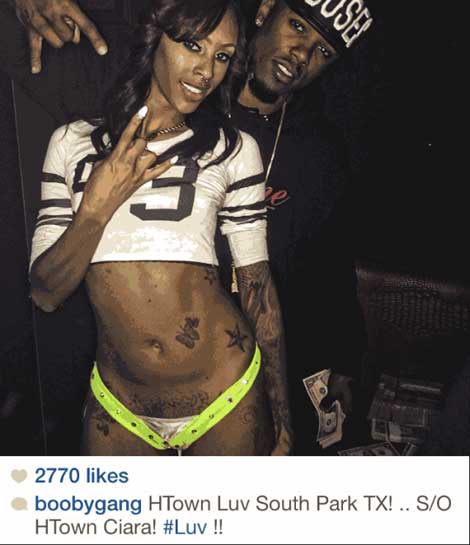 Daniel “Boobie” Gibson has allegedly been sleeping with a stripper in Houston named “HTown Ciara”. So, Keyshia took to Twitter last night to take subliminal shots at both Daniel and his “new girl.”

Keyshia Cole, who is currently facing IRS problems is now being shamed by her Boobie, who has been publicly tricking his money off to strippers in Houston. 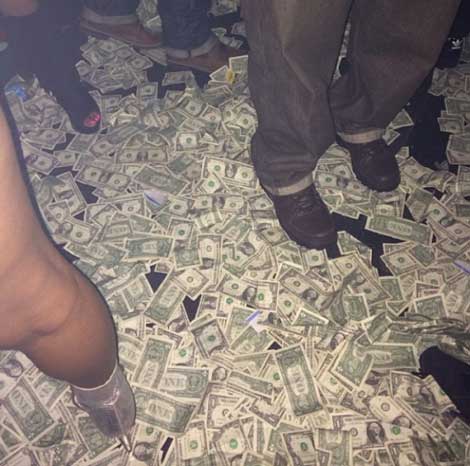 Here is what BallerAlert is reporting:

“These Boobie strip club pictures aren’t new. They’re a couple months old. For Keyshia Cole to be going off last night, it only leads us to believe that Bobbie is up to no good in Houston, yet again!

Now, rumor has it that just a few months ago Keyshia filed for divorce in Los Angeles but neither Keyshia nor Daniel have confirmed. Daniel says he would never cheat on his wife however there are rumors that he has impregnated a stripper and him being all the way in Houston patronizing their strip clubs doesn’t help his case.

As if removing his tattoo and moving to Atlanta without him wasn’t enough, Keyshia is getting live and direct with these tweets! Seeing as how she needs the money, I can see an awesome album in Keyshia’s future.”