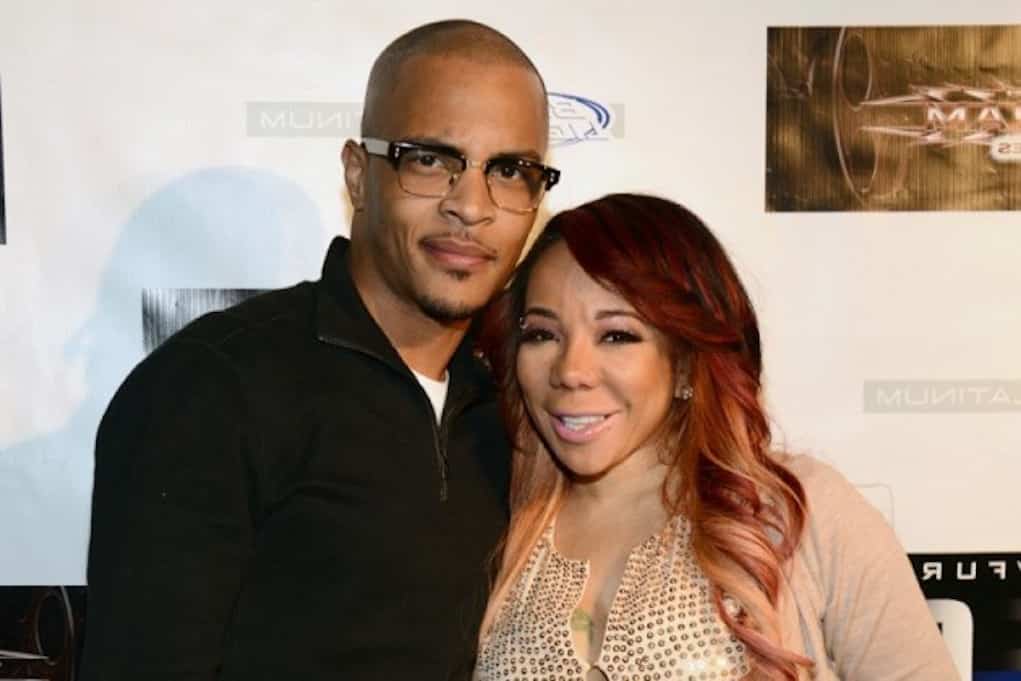 Tiny and T.I. are still letting their marital drama play out online, and Tiny is still addressing the video that was leaked of her grinding up on Floyd Mayweather.

Tiny took to her official Facebook page and released a message about the video. She says “for years” she has been the one getting hurt. 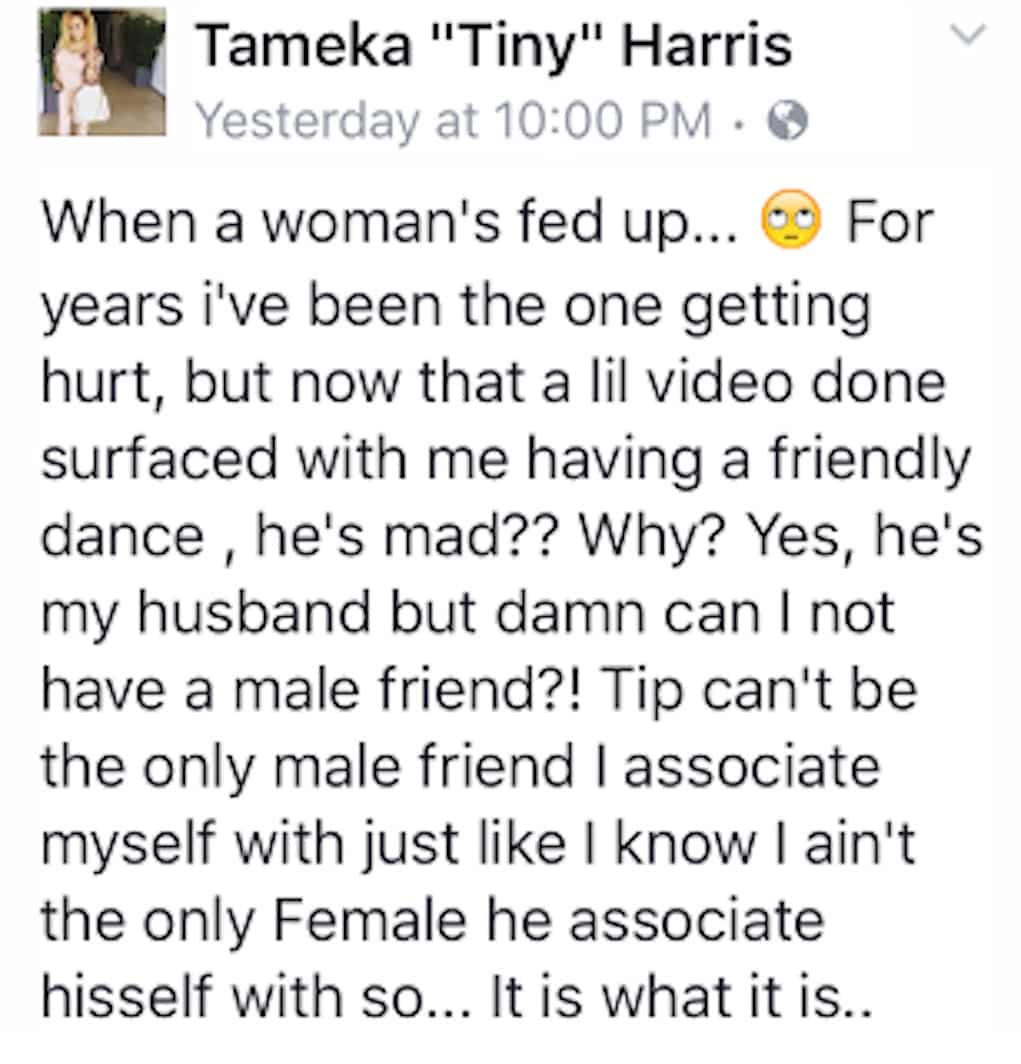