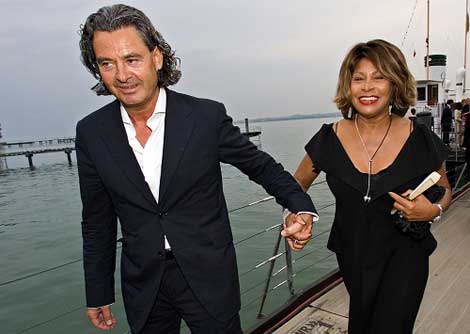 Tina Tuner is officially Mrs. Erwin Bach, after saying her ‘I dos’ to the German record exec. It’s an occasion we’re told the 73-year-old mother of three didn’t invite her sons to.

Reports reveal the longtime couple — with a 16-year age difference between them — tied the knot, just days ago, “in a discreet civil ceremony on the banks of Lake Zurich.” Now, we’re told the newly weds are preparing for a wedding reception, happening Sunday. And, guess what? Sources say Ronnie, Craig and Ike Turner Jr. are again not invited to attend.

“Tina and Erwin will celebrate the union in a Buddhist ceremony at their estate in Kusnacht on Sunday. 120 guests will attend the bash but Tina’s children are not invited.”