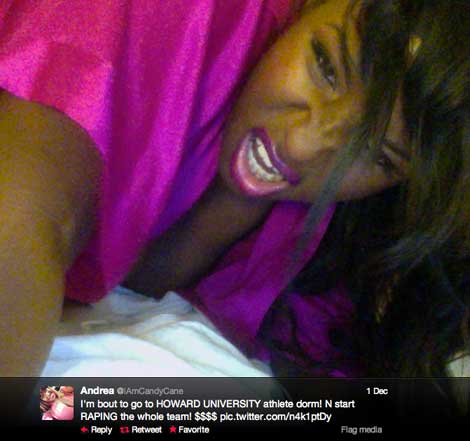 HSK Exclusive – A known hooker to a list of celebrity athletes is confirmed to be a “a chic with a dick!”

“Candy was with all them NBA players. She picks them up from twitter.”

An insider exclusively tells HSK “Candy Deep Throat” aka “Andrea” aka “I Am Candy Cane” was busted in The Big Apple, last month. We’re told during prisoner processing, correctional officers discovered “Andrea” is a transgender girl with a penis.

According to a Bronx County correctional officer, “Andrea” is now in hospital — after being raped by inmates. Though “Andrea” may be bad at cover-up, she’s not stupid. Know why? Because, we’re told “Andrea” now plans to sue the county.

“Candy brags that she sucked James Harden’s dick. She talked about being with Lance Stephenson and Dwight Howard too.”