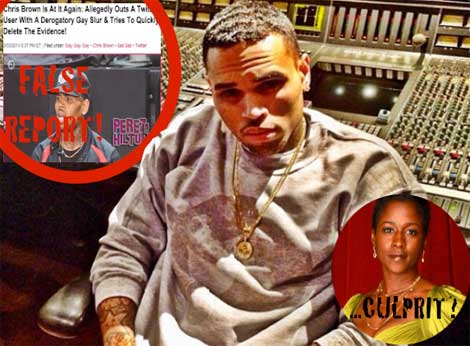 HSK Exclusive – Is Tina Davis the culprit behind a recent report placing Breezy in the hot seat for “calling someone a fag”? The singer’s ex-manager — and teen sex abuser — is far from being ironed out of the social media sabotage on Breezy. Know why? Not only did Chris recently put Tina Davis on blast for “leaking” his new album — he also revealed he “just got back” his IG account, less than three-weeks ago.

“A Perezlicious reader has sent us a picture of the R&B singer calling someone out on Twitter. When will this guy ever stop? Apparently having Lance Bass reprimand you for the use of the f-word wasn’t enough!

Chris has since deleted the unpleasant tweet (big shock), but this screenshot of the post was brought to our attention… That is just terrible. Get your shiz together, Chris! The f-word is just not cool, dude.” 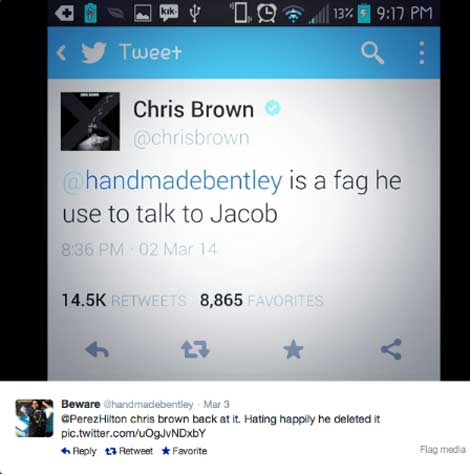 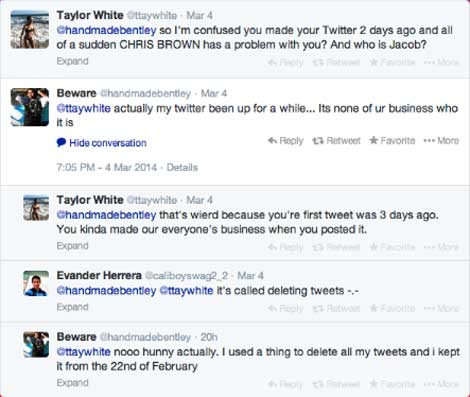