Considering her latest Bawse move linking Rick Ross with Meek Mill … Tiallondra Kemp no doubt has something brewin. Just ask Nicki Minaj! Tia’s play comes just a few months after it was reported that she filed a suit asking for the court to grant her plea for more child support. 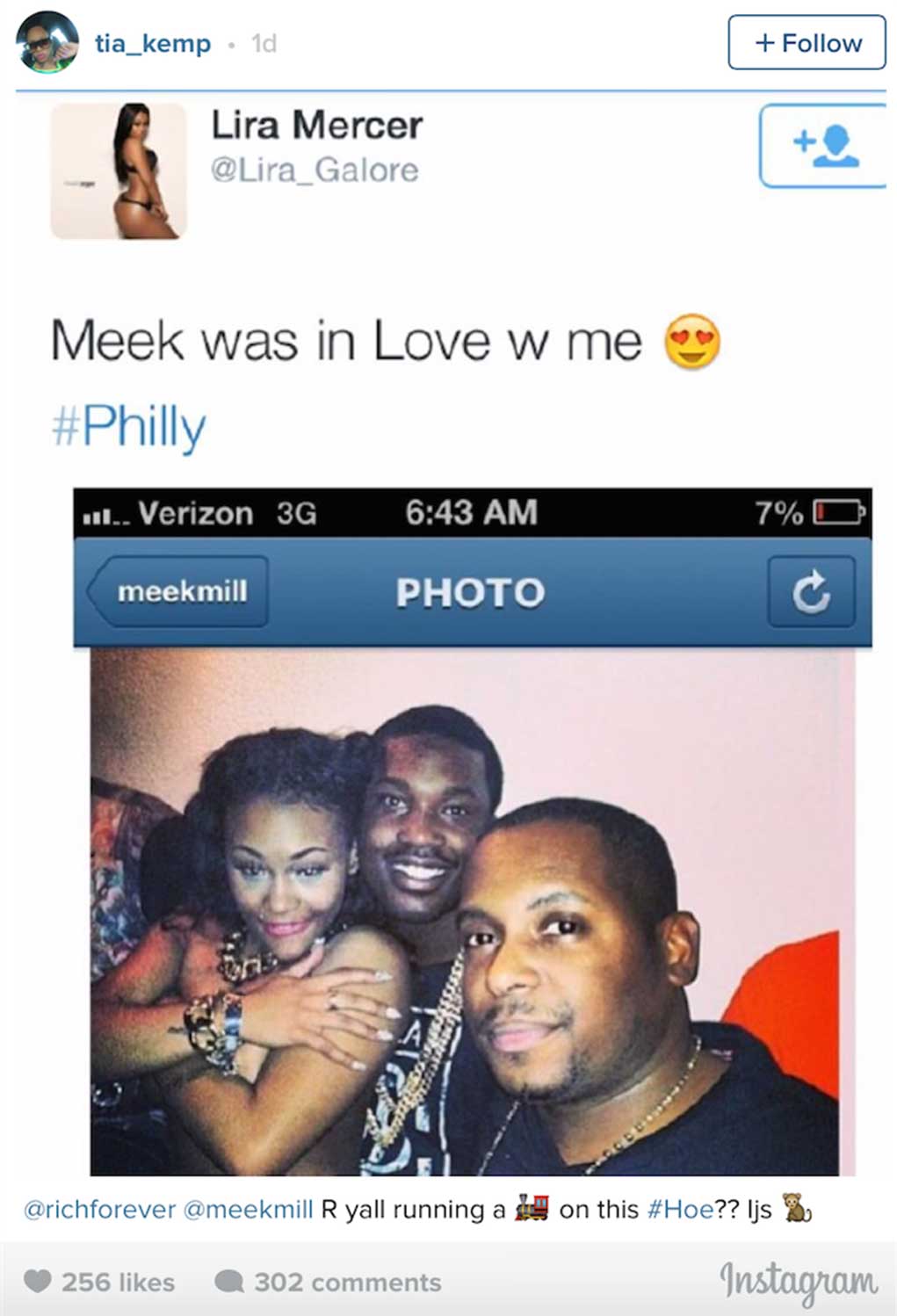 Flashback to 2009, and you may recall Tia Kemp played a main roll in Fiddy’s expose surrounding Rick Ross, and his previous capacity strip searching other men for a living. Most recently … during a snapchat session, Tia — who is the mother of two of William ‘Rick Ross’ Roberts’ kids — put a pic out there featuring Maybach man’s latest beard, Lira Mercer. Here’s where the ratchet factor comes in: Meek Mill is all up in the pic, lookin’ all kinds of intimate too!

So last night after Lira began flaunting her expensive gifts Tia went on an Instagram rampage. “