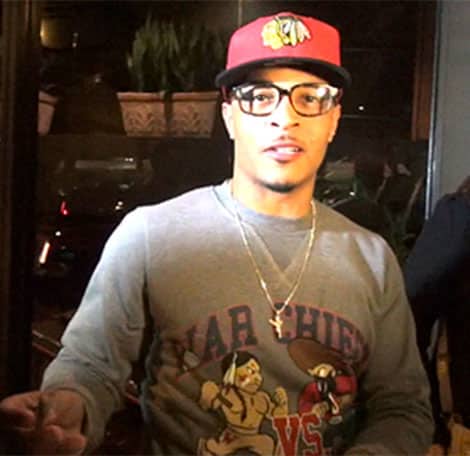 HSK Exclusive – New management at Hollywood’s Roosevelt Hotel is reported to be sticking to a strict “Europeans Only” rule. Just ask T.I., who was recently turned away from entering the party spot.

That’s according to witnesses, who exclusively tell HSK … Troubleman wasn’t alone during his public rejection, placing his “young Black side chick with long Black weave” and “his oldest son” at the scene with him.

“I’ve seen him at Teddy’s before, but his was inside and Iggy was with him. He looked hella stupid the last time I saw him.

They’re only letting Europeans in there now. It’s even worse than it was before. The only thing that’s the same is the DJ stays playin’ Black music.”