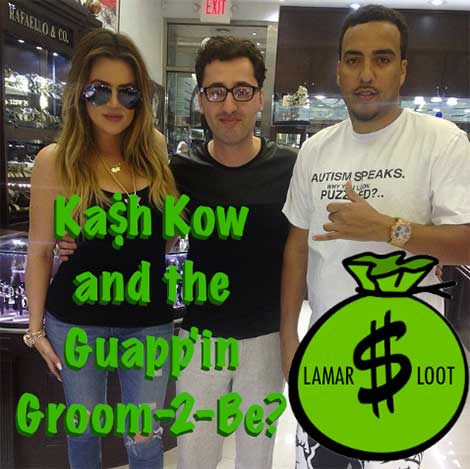 HSK Exclusive – This just in… French Montana has landed first dibs on the alimony Khloe collects from Lamar Odom, each month! That’s according to our insider, who exclusively tells HSK… “Khloe and French Monatana got engaged last week.”

But we’re not talking about a traditional ‘on bended-knee, presenting a ring’ proposal. From what we’ve learned… matching watches were used to seal the pair’s engagement.

The his and hers $200K timepiece set is revealed to have been bought by Khloe!

“Khloe is so d​*​ck whipped by French Montana​…​ she spends most of Odom’s money on ​him.​​ Ask Khadijah Haqq​!​

French will be shacking up with Khloe at her Calabasas ​crib​, when she ​returns from filming Khloe and Kourtney take the Hamptons.​”​