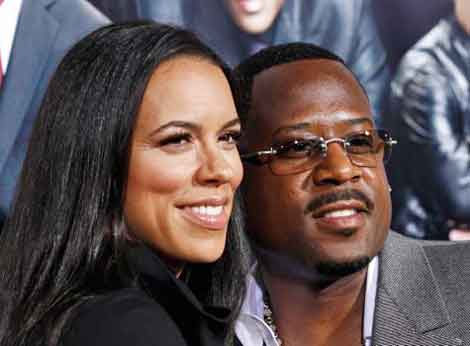 So what’s the reason for the split? Hollywood insiders say it’s all because of Shamicka’s disgust with Martin’s rapid weight gain, adding the comedian’s alcohol addiction has also led to the pair’s divorce. Don’t believe me.. Ask Martin’s manager Michael Greene.

Here’s what a close friend to the estranged couple told me about the situation:

“Shamicka came home one day and told Martin she wasn’t happy with their marriage.

Martin let himself go, he’s gained a lot of weight and he’s heavily drinking again. So Shamika told him just that…Martin told her ‘If you’re not comfortable living in a $23-Million dollar home and what I’m offering, you should get to stepp’in.”

Martin Lawrence and Shamicka Gibbs dated for 15-years before they married in July 2010. Now, I’m beginning to believe marriage can ruin a perfect relationship. What do you think?