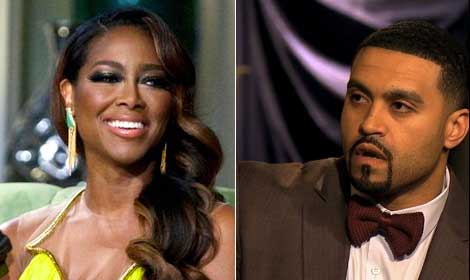 Kenya Moore didn’t miss a beat to weigh-in on Apollo Nida’s closed-case… after Bravo’s fallen reality star was delivered his eight-year jail bid, yesterday. And — in true Kenya fashion — the RHOA personality proved to be a woman who doesn’t stand by her words. Know why?

You don’t have to lie, cheat or steal to be relevant at the expense of others. The real losers are innocent children. May God bless them. — KENYA MOORE (@KenyaMoore) July 8, 2014

Then — after the backlash she received over the tweet — Kenya deleted it and posted this ‘explanatory’ statement:

You can’t kick someone while they are down even if they fell trying to trip you. Offer them a hand instead. #killthemwithkindness — KENYA MOORE (@KenyaMoore) July 8, 2014