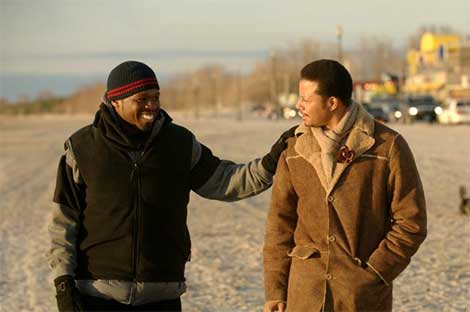 Terrence Howard is saying his television show Empire and rapper/actor 50 Cent Showtime series Power, have nothing in common. Howard, went on to say he’s not mad at FiddY. Know why? Because Terrence “Baby Wipes” Howard has fond memories of he and Fiddy both appearing naked in the movie Get Rich or Die Try’in‘.

Here’s what Baby Wipes had to say:

“Fifty is my monster man. We served jail time together in his film, you know, we’ve been naked together.

I love the fact that we’re both pushing the envelope with our shows and what it says about cinema and television, how the change has occurred to where black men can be on opposing levels, because we’re both telling a similar story,