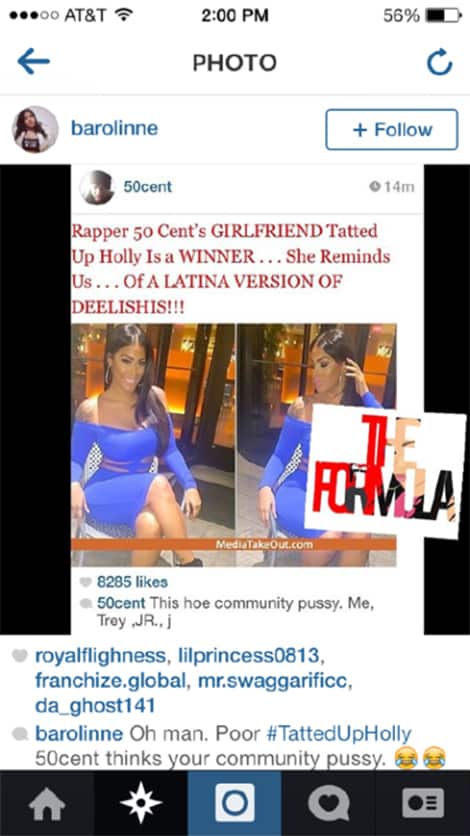 HSK was first to report earlier this week that 50 Cent told his girlfriend Tatted Up Holly to kick rocks.

Now, Tatted Up Holly is claiming she’s a victim of domestic violence from the In Da Club lyricist.

“This h*e is community p*ssy.”

Here’s what Tatted Up Holly revealed:

“Now he wants me to calm down. You nothing but a manipulating woman beater.
You’re a f*cking bully. Puts fear in everybody’s heart mistaking for respect.
I treated this man like royalty but all I got in return was ass whippings.

I Don’t ask him for shit. He would buy me gifts to only take them back. What a man!!!
He wanted my love unconditionally. I’m sorry I will not tolerate a grown ass man putting their hands on me.

I was good before you. I will be good without you.” 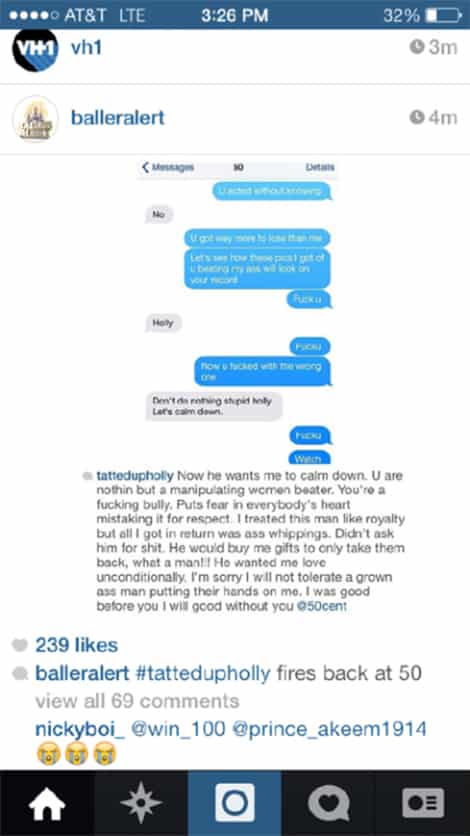