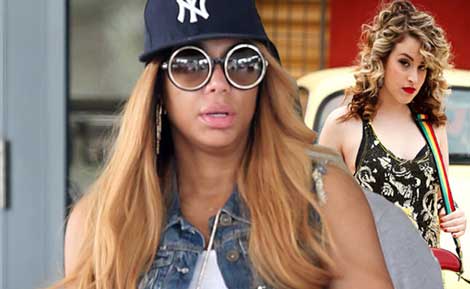 One European singer/songwriter has waged War against Tamar Braxton. Court docs reveal… Emmi Kozulin “is demanding fifty percent of the royalties from the track plus damages.” The track at issue is Tamar’s “Love and War”.

Court docs reveal… Emmi isn’t only citing herself as co-writer of the track, the Berlin-born artist says the released version of the song also includes some of her “originally recorded vocals.”

“Based on the lawsuit, Kozulin claimed that she co-wrote the song “One on One Fun” with another songwriter Angela Hunte.

Kozulin reportedly recorded her version of the song. Hence, she was surprised to find out later on that Braxton’s recorded version of “One on One Fun” included vocals from her version, she claimed.

While she is aware that Hunte gave the song for her album “Love and War” as she had the right to license the lyrics, Kozulin was complaining about using her vocals in the song without her permission.”