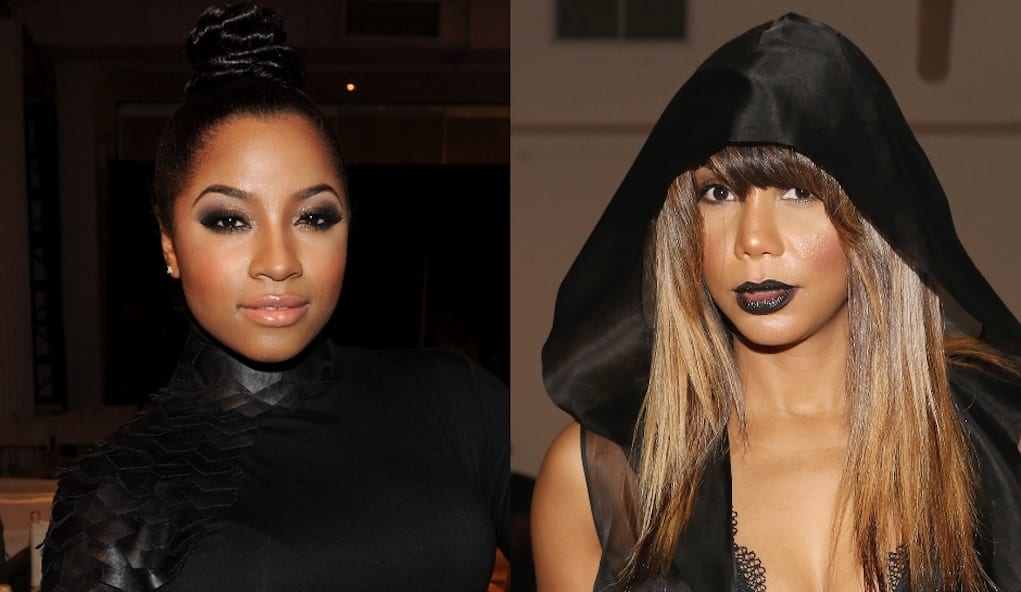 Tamar Braxton is defending herself for ending her friendship with Toya Wright – calling the relationship “unhealthy” and saying Toya wanted to live her life!

In her Instagram post, Tamar goes off about God showing her who did and who didn’t belong in her life…and obviously, Toya didn’t make the cut.

She says she has never kicked anyone out of her life, they walked away on their own.

Joel 2:25 I will restore to you the years that the swarming locust has eaten, the hopper, the destroyer, and the cutter, my great army, which I sent among you…..So my #tamartianfriends you may MISS ?the person but Good riddance! Thanks so much @therealtank for that word. ?? now I must go find me a corner! I'm gonna put a praise on it!! #wonthedoit #?

Tamar’s response comes after an excerpt from Toya’s book, “In My Own Words…My Real Reality”, was posted online. In the book, Toya says she tried to get on “The Real” for two seasons, but she was never able to. After Tamar was fired, Toya’s publicist was able to get her a spot on the show, which she thought was “strange.” Toya basically believed Tamar was blocking her from being on the show the entire time.

What do you think Toya really did to get the boot from Tamar’s life, or is Tamar just being petty as usual?