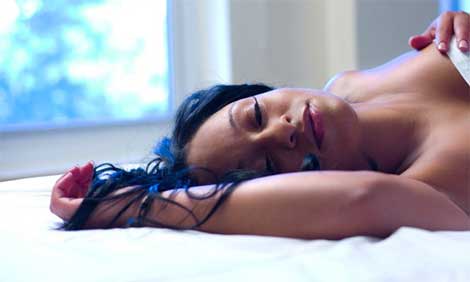 LHHNY personality Tahiry was savagely attacked backstage as she was getting ready to walk in the Toure Designs fashion show.

Tahiry allegedly had some behind the scenes issues with a man named Carlos Gonzales. Mr. Gonzales was the production manager of the Helen Mills event venue which was where the Toure show was being held.

Carlos reportedly made it clear that he had no respect for Tahiry from the get go. Allegedly making rude comments to her throughout their interactions. One bystander who witnessed the attack stated that the altercation began when Tahiry questioned Carlos as to why he was being so rude to her. The question seemingly triggered Gonzales to “black out” and he supposedly begin hurling obscenities at her as he walked up closer to her. Tahiry warned him not to speak to her that way and in response Carlos reportedly began striking her.

During the attack, Carlos repeatedly not only hit Tahiry multiple times but also attempted to drag her by her hair as well. A source claims it took about 7 or 8 men to pull him off of her. There was late word that a representative from the PR firm who handled the event may be the source of all the trouble. The publicist has been accused of “continuously belittling” and disrespecting Tahiry’s team.

To make it worse, the PR rep was also allegedly seen doing nothing to help Tahiry as she was being beaten on by a man. Then she reportedly forced Tahiry’s team into a room where they were held for some time.
This delayed Tahiry getting medical attention for her injuries! The show was eventually cancelled and rescheduled for a later date as a result of the craziness that took place.

Tahiry was checked into Lenox Hill hospital yesterday evening following the attack and was later released. She is said to be recovering at home now.