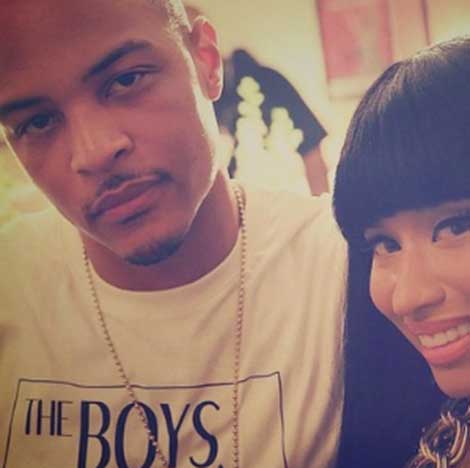 Reports reveal… “T.I.’s temper was already revved up just hours before he got into a violent brawl on the Vegas Strip”… Just ask Nicki Minaj, whose party T.I. is said to have been refused access to on Sunday.

“Tip blew up after security refused to provide him access.“

“T.I. had shown up to Liquid — the pool party at Aria where Nicki Minaj was performing last weekend — but he tried to side step security with his posse.”