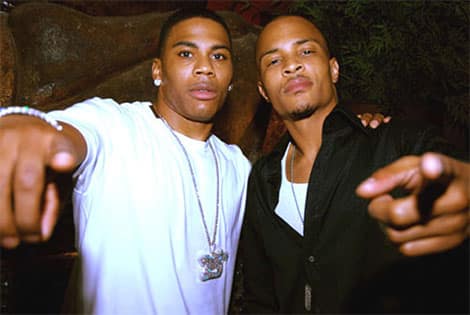 T.I. used to share his wife, Tiny “Cottle” Harris, with his longtime partner in crime, Nelly.

Mouth To Ears is saying while T.I. while was having sexual intercourse with his wife Tiny, she was also giving oral sex to his BFF Nelly.

“The king likes to sex his wife while she services his close friend.”