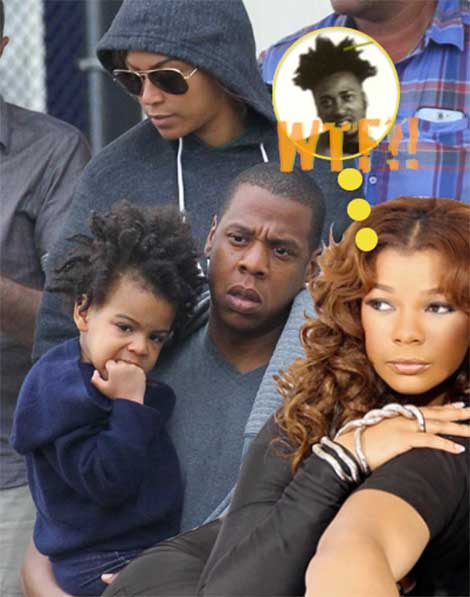 Will someone please whip Blue’s hair? That’s exactly what three divas are pushing for… and more than 3,500 people who’ve signed a petition for the same. *PAUSE*

That’s after a recent image of taken of the Carters reveals Blue sporting some not so kept curls.

Check what the other Divas had to say:

“KeKe Wyatt chimed in,’Ain’t nothing wrong with being natural. I get natural, but you still got to grease natural and comb natural and wash and condition and then you won’t have the beading.’

Tamar Braxton, who was also there for the interview, agreed with KeKe adding, ‘It just needs some product. That’s it. No shade. I have a nephew who has really, really curly hair like this. It ain’t that bad.”

Peep what the person behind the preposterous petition, Jasmine, writes:

“As a woman who understands the importance of hair care. It’s disturbing to watch a child suffering from the lack of hair moisture. The parents of Blue Ivy. Sean Carter A.K.A Jay-Z and Beyoncé has failed at numerous attempts of doing Blue Ivy Hair. This matter has escalated to the child developing matted dreads and lint balls. Please let’s get the word out to properly care for Blue Ivy hair.” 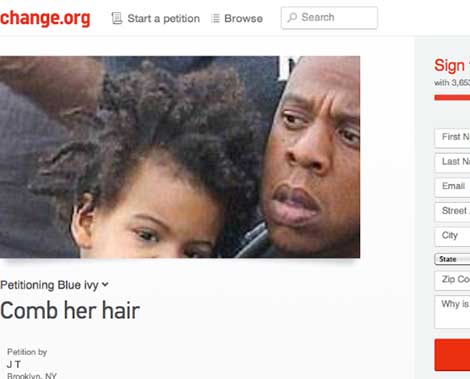