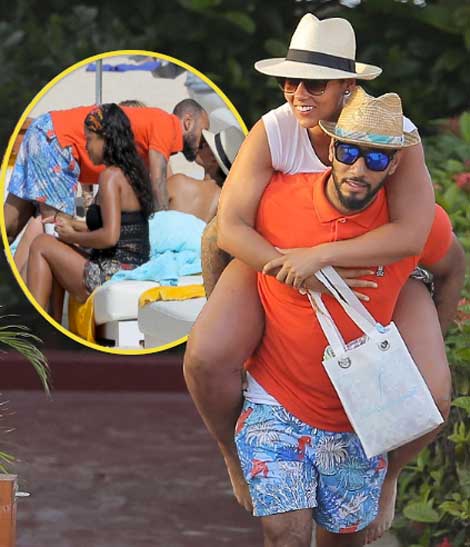 Swizz Beatz former wife of six-years, Mashonda Tifrere, seems to be taking a BIG one for the team — in an oh so public way. Recently released paparazzi pics reveal Mashonda joined Swizz Beatz — and his home-wrecker-turned current wifey, Alicia Keys — on a vacation to St. Barts.

Though sources say all of the producers kiddies were in tow… pictures say it all! Mashonda’s obviously appears uncomfortable as Swizz Beatz and Alicia Keys swap spit on the beach, rather than take it to their room. 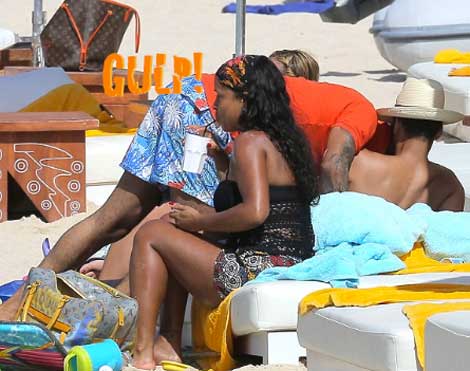