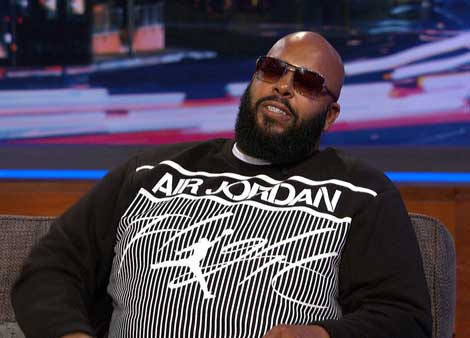 “When you’re a slave it’s like f*** that’s bad. But it’s worse when they make you a celebrity..
and they put you in a status.. and you’re thanking a person for stabbing you in the back.” -Suge Knight

Here’s what Arsenio had to say to that, “OUCH ’12 Years A Rapper.” That’s the conversation that went down between Arsenio and Suge last night, while the former Death Row Records HNIC broke down why he says Game and Kendrick Lamar are signed to “two of the worst deals in the industry.”

Check out what Suge had to say:

“You have guys out there with great labels. We’re supposed to support them and let them grow, even these youngsters. So when it comes down to it, their deals are still messed up. I think it’s unfair. If you look at Interscope there’s two guys from Compton — Game, Kendrick Lamar — got two of the worst deals in the industry. And when you look at it, it’s not so much the production company’s fault but what people don’t realize is that Universal is the ship — then Interscope get they cut, then Aftermath get they cut, then G-Unit get they cut — then the guy that really has Game signed to another production company, then came the Game. Then it was Kendrick Lamar is the guy who put the deal together, so in reality it’s more slavery now then ever.”