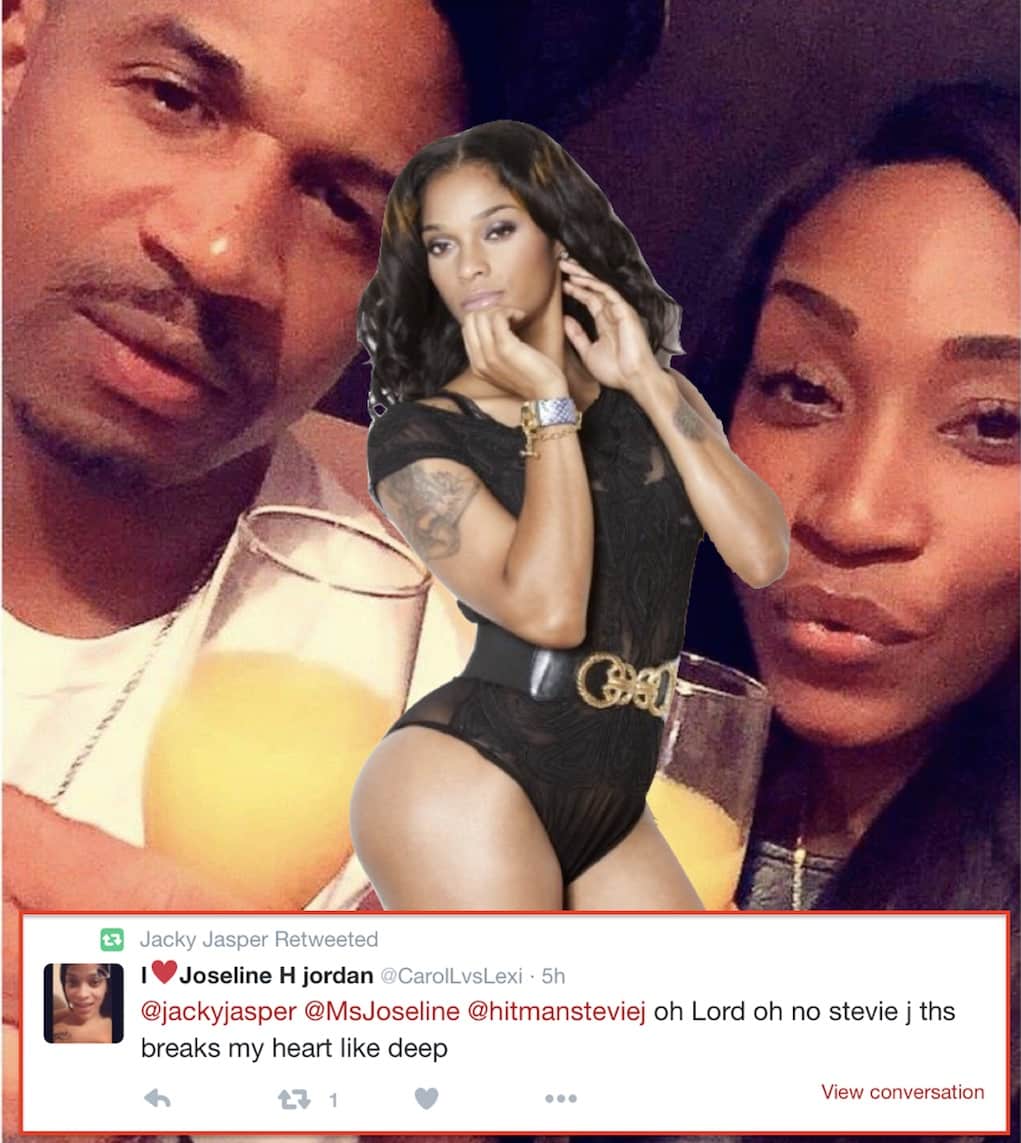 HSK Exclusive — Joseline Hernandez may have lost a marble or two when she set out to Go Hollywood with Stevie J. That’s because she seems to believe that she could bring that role of a damsel in distress to a real Hollywood player, and that Jacky would actually buy it! Well guess what? I’m pullin’ yo card, Ms. Puerto Rican Princess! Know why? According to a Love & Hip Hop source, “Joseline claiming that Stevie J broke her heart on Twitter is nothing but a marketing scheme for Stevie J & Joseline Go Hollywood.

That’s the word I’m getting after tweeted Joseline a link to a blog post claiming Stevie J is cheating on her, leading the Puerto Rican Princess to tweet back claiming it’s a situation that’s left her with a broken heart.

“Joseline is puttin’ in way too much work. I mean, not only it that pub play a move that’s gone stale in Hollywood … she shouldn’t be sweatin’ it right now since her reality show Stevie J & Joseline Go Hollywood is pulling higher ratings than the Kardashians’ reality show.”