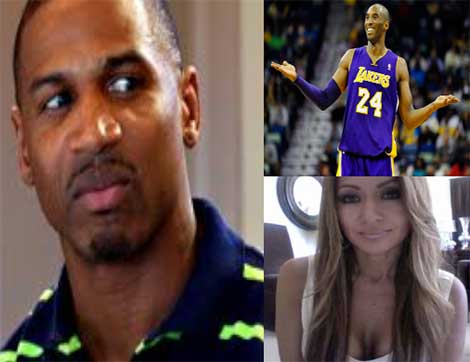 HSK Exclusive – Stevie J’s ex-boo could be the living proof that backs this philosophy: Once an NBA Groupie, Always an NBA Groupie. Know why? Tammie Grant [Gary Grant’s ex-wife] is being exposed for cheating on Stevie J… with Kobe Bryant!

We’re told it went down late last year. And from the sounds of it, Stevie J — the driver of ‘that bus’ — didn’t seem to be all good after he got a taste of his own cheating medicine. As for Vanessa Bryant.. we’re told after she found out about her ‘Once A Cheater…’ NBA All Star husband, “she wanted a divorce.”

“Tammy has video on her phone of her and Stevie having sex. Ready for this? She’s got footage of her and Kobe too! She’s a squirter!”