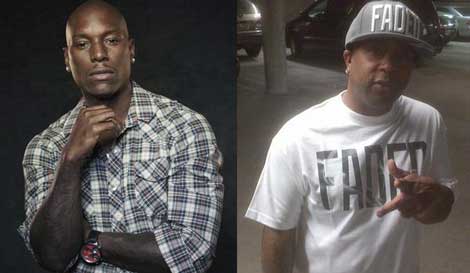 Now the Wild ‘N Out cast member is saying Tyrese Gibson is not gay and it was all a bad joke.

Spanky Hayes received a phone call from his Wild ‘N Out boss Nick Cannon and he suddenly had a change of heart about how far to take his joke.

“Spanky thought about it. He doesn’t want any problems with John Singleton. He should also expect a beat down from Tyrese’s paid goons too.”