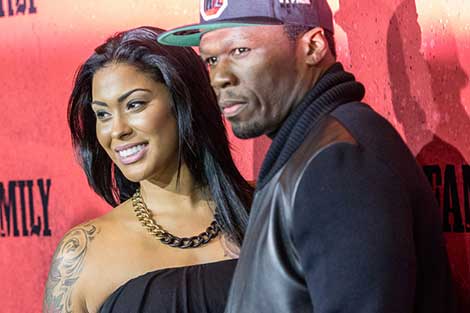 HSK Exclusive – 50 Cent has apparently taken on as a rest haven. Know why? Sources tell us he’s moved Stephanie “Tatted Up Holly” Marrero into his spizz!

“50 talks about everybody but he’s really a insecure trick.“

According to our insider… “Fif wants to keep a close eye on Holly fearing she might cheat on him again with her ex Fred ‘Nasty Media.'”

“Fiddy verbally abuses Holly and they won’t be surprised if the rapper were to lay hands on her in the near future like he did to his baby momma Daphne Joy back in 2013.”