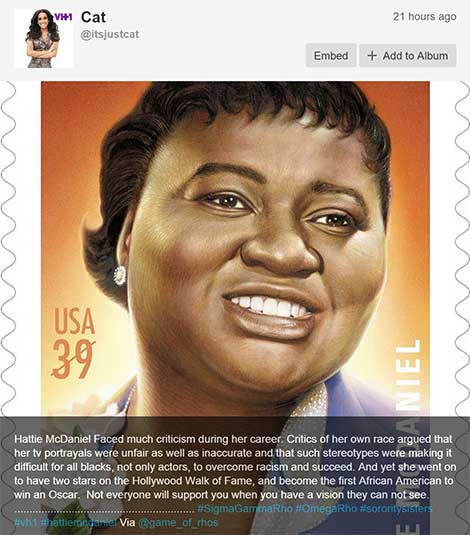 Cat Harper posted a picture on instagram of Hattie McDaniel, who was best known for her role as Mammy in the film Gone With The Wind.

“Hattie McDaniel Faced much criticism during her career. Critics of her own race argued that her tv portrayals were unfair as well as inaccurate and that such stereotypes were making it difficult for all blacks, not only actors, to overcome racism and succeed.

And yet she went on to have two stars on the Hollywood Walk of Fame, and become the first African American to win an Oscar.

Not everyone will support you when you have a vision they can not see.”