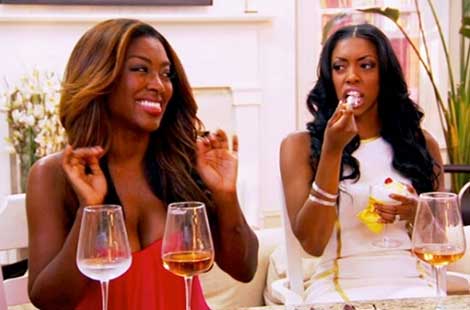 She may have been the one to push Porsha to the limit.. but Kenya Moore may soon be callin’ Po Po on Porsha!

Sources say Kenya is “considering pressing charges” over the reported beat down Porsha allegedly served her up with.

“Porsha beat the crap out of Kenya, dragged her across the stage by her hair, and gave her a major beat-down.”

It’s all said to have gone down during taping for RHOA’s season six reunion show. An insider says, “Kenya was using sex toys to taunt Porsha about her ex-husband Kordell Stewart when Porsha snapped!”

Here’s what a source told US Magazine:

“Porsha stood up, so then Kenya stood up. Porsha charged at Kenya and pulled her hair, but it was over in a matter of seconds.” 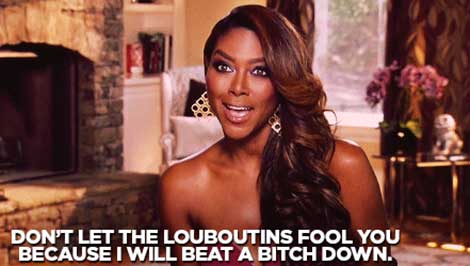