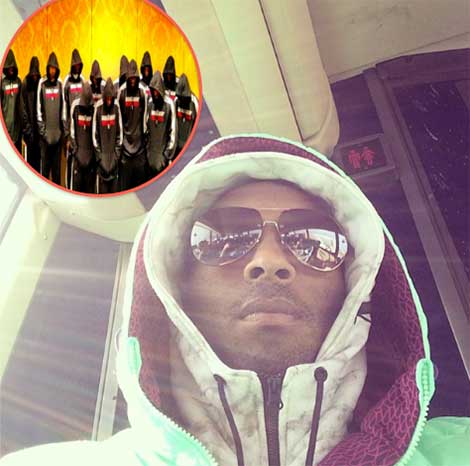 Kobe Bryant is pulling a pitiful cover-up… all of a sudden claiming he’s down with the fight for Civil Rights. But ‘Brother’ Bryant may be the ONLY Black Man who believes his own flip-flopp’in. Know why? We’re talking about the same sellout who recently refused to back the ‘Justice For Tryavon’ cause.

“I won’t react to something just because I’m supposed to, because I’m an African-American.” -Kobe Bryant

Kobe took to Twitter to quote Dr. Martin Luther King, after catching heat for slamming The Miami Heat’s “lack of progress” over the team’s IG tribute to Trayvon. 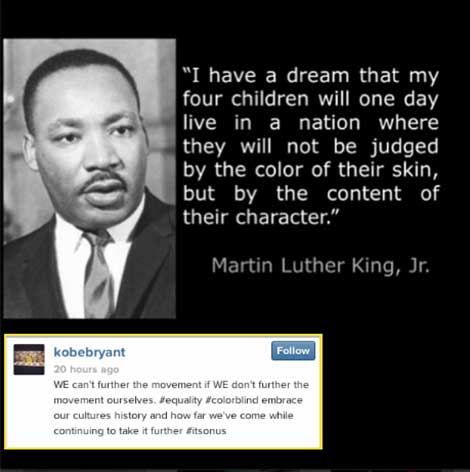 Is Kobe Bryant confused about his own Black culture? Of course.. Just ask Jim Brown.