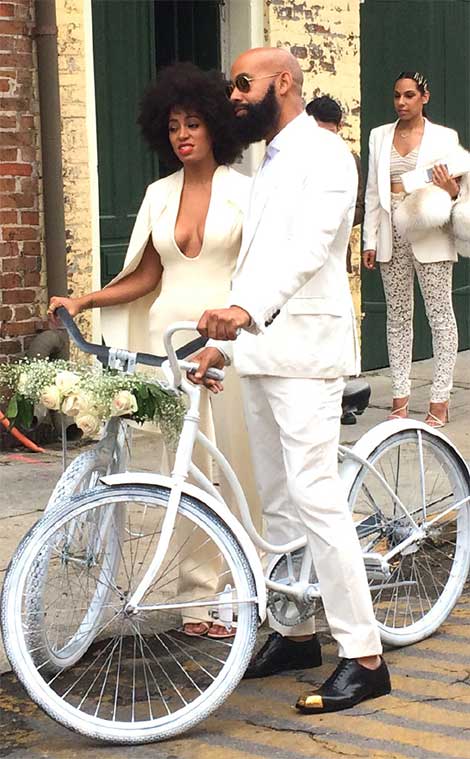 Solange Knowles and her groom, 51 year old Alan Ferguson, both rolled up to their wedding on bicycles yesterday in New Orleans.

“The wedding festivities kicked off on Friday with Solange and Alan treating Beyonce and 50 of their friends to cinema night at the Indywood movie theater.

They watched the Diana Ross 1975 classic film Mahogany, the movie they saw on their first date. Before the film played, the couple screened a very personal documentary that they made of how they met.” 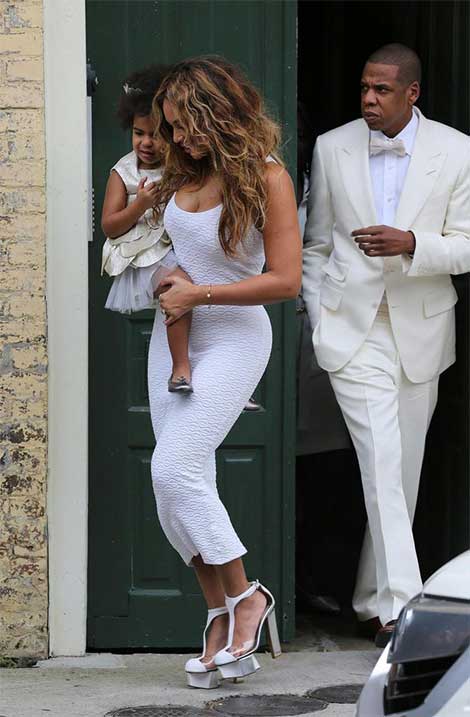