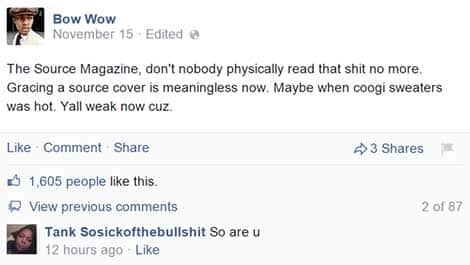 Bow Wow jumped on social media to tell his Facebook followers that the Source magazine is outdated like Coogi sweaters and the magazine knows nothing about today’s culture.

Here’s what Bow Wow put down:

This is what happens when people who don’t know nothing about the culture try to get involve in everything and be the center of attention. Always running up for a selfie always in the mix. Stay your ass in the office. You ever see jerry jones trying to suit up?” 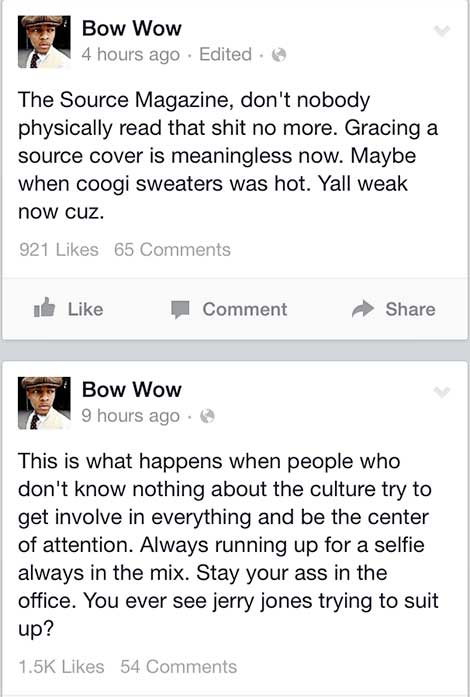