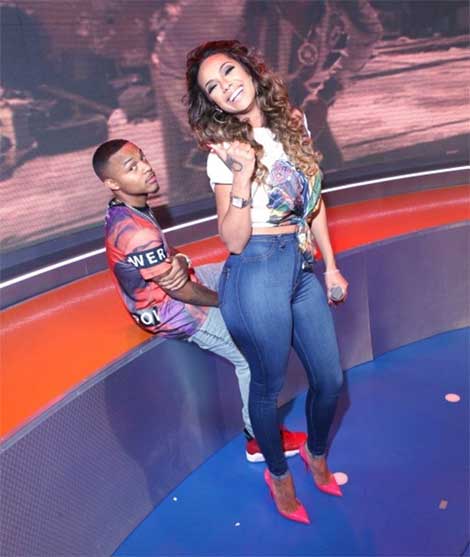 Those Are The Breaks!

HSK Exclusive – It’s looking like Erica Mena is left scrambling for a new come-up … after burning bridges with Mona Scott Young! “Erica quit and Mona ain’t going to take her back,” spills and insider. “She’s done.”

Word is … Mena served Mona her own walking papers, while banking on Bow Wow to set her up as his 106 & Park co-host. The problem is BET has cancelled the show! “Erica’s head got so big since she started dating Bow Wow,” says the source. “She even told Mona she refuses to get turnt up this season.”

“Bow Wow was working to get rid of Keshia Chante and have her replaced with Erica as his co-host. Their plans got f*cked up when 106 & Park was canceled.”