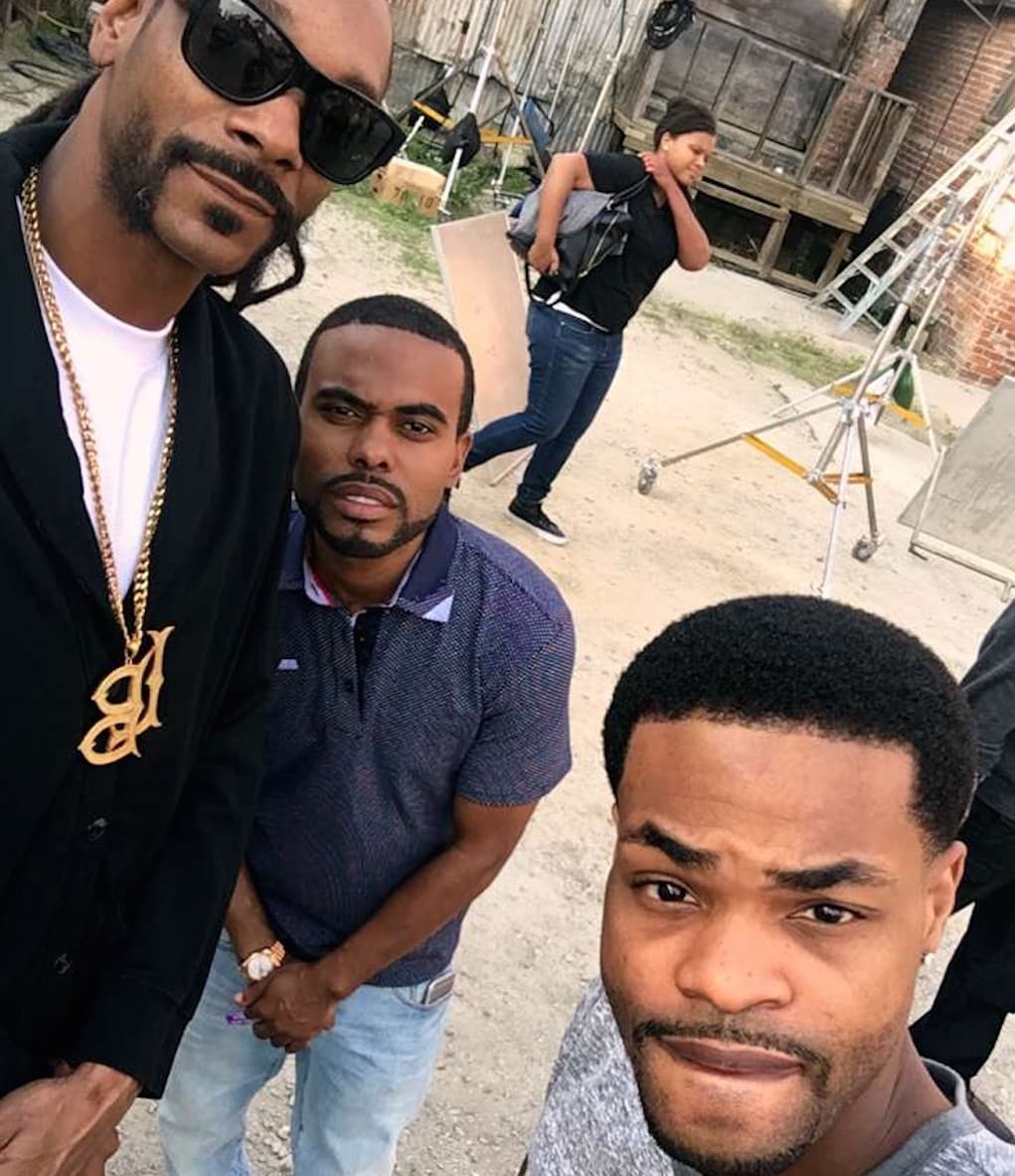 HSK Exclusive — Snoop’s barber, on the set of his latest video shoot, just found out the realness of the DPG Thang, cous! Or so it would appear to be the case … from the beatdown that the barber caught before gettin’ jacked for his chain. Know why? Sources say dude “f*cked up when he started callin groupies.”

It all went down yesterday on set in Los Aangeles, during the film production of Tha Dogfather’s “Push The Gas” music video for Mike Epps new movie, Meet the Blacks. Sources say it seemed like “the dawgs were sic’d on dat dude.”

“The barber came to the set and thought it would be a good idea to hop on Snapchat calling people groupies, when folks there saw his Snaps, they beat his ass and stole his chain. Snoop laughed as the barber was escorted out of the gate,”