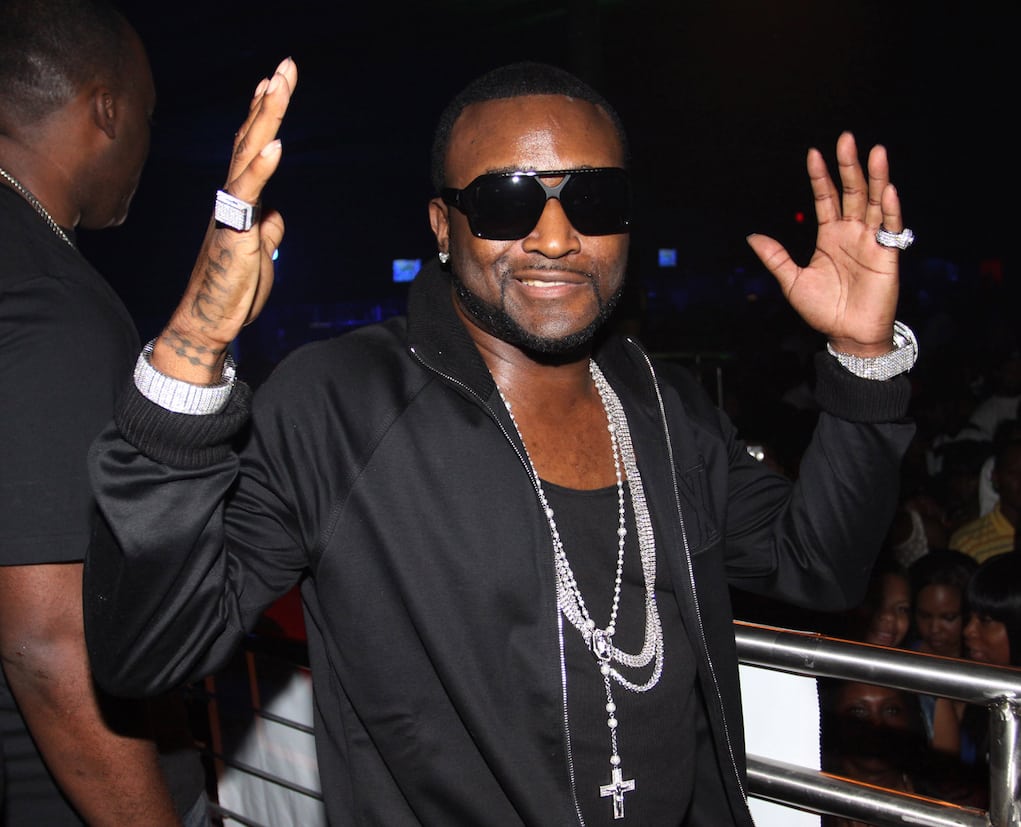 After his viewing on Friday night, his hearse pulled up to Blue Flame Lounge…Shawty’s favorite strip club apparently. It’s the same spot he was at hours before his death.

A video posted by EntertainmentForBreakfast (@entertainmentforbreakfast) on Sep 30, 2016 at 8:27pm PDT

But this weekend wouldn’t be complete without some drama. The viewing was open to the public, and many people snapped photos of Shawty in his casket wearing his signature sunglasses (don’t ask me how I know.)

The photos were posted to social media, and one of Shawty’s 11 kids sent out this request:

y'all too disrespectful ? & we did say no pictures & opened it to the public but y'all disrespected us….. now would we be wrong to have a private funeral? ?

Despite her threats, Shawty’s funeral remained open to the public this Saturday at Jackson Memorial Baptist Church in Atlanta. Thankfully, the family was in a good mood.

we do this fa you daddy ?

Shawty, who was born Carlos Walker, was killed earlier this month when he crashed his 2016 Audi. The official cause of death was blunt force trauma. Two women who were also in the vehicle, Destini Carter and Deshondria Miller, suffered non-life threatening injuries.

What do you think about Shawty’s final stop at the booty club?