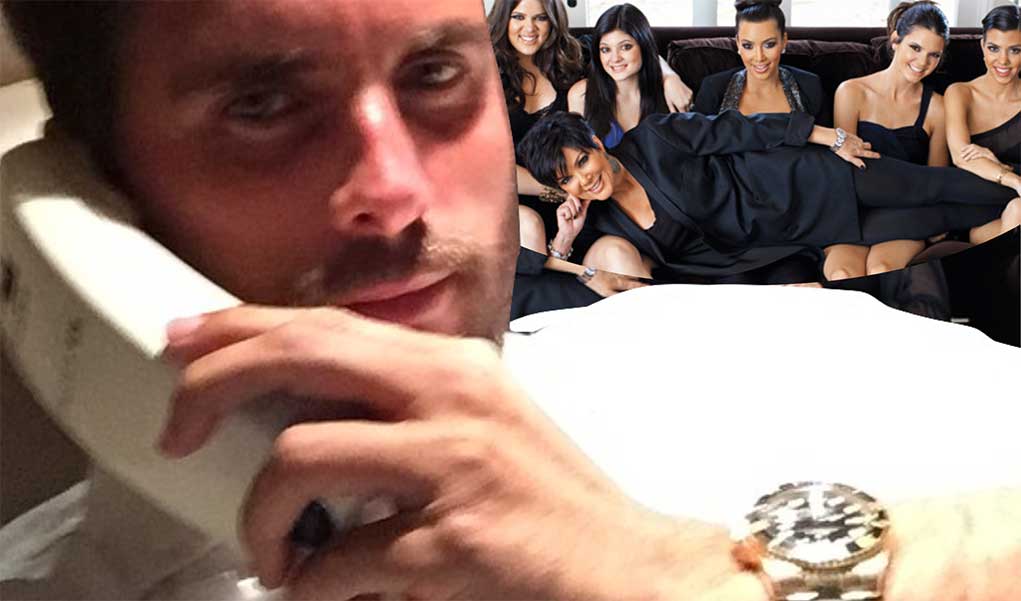 HSK Exclusive – Word from inside the industry is that Scott Disick was recently “ambushed with an ultimatum” to check into rehab … or else. That’s according to inside sources that tell HSK the Kardashians set it off on Lord Disick just days ago, shortly after he stopped by to visit his kids.

“Kris Jenner and his baby mama Kourtney Kardashian gave Scott an ultimatum “Either you go to rehab right now or you’ll never see your kids again.”

We’re told the ‘Keeping Up With The Kardashian’s production crew “blindsided Scott”, and that the “cameras were rolling when Scott was hauled off to rehab.”

“Scott is back with Kourtney but he has to play by Kris’s rules. Dude signed over power of attorney to Kris.”