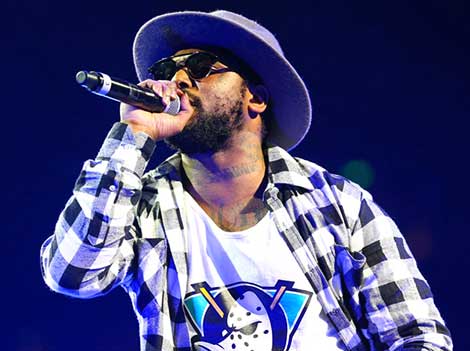 “This is not just a coincidence. We think there is probably more to it than that. It does seem to be more targeted than random.”

Is Schoolboy a marked man? That could be the case, according to Denver cops. You’ll recall the rapper was unharmed after bullets riddled the SUV he was riding in on Thursday [June 19th], just after 10:30PM.”He was okay,” says a source. But three other people were injured and rushed to the hospital. Investigators are now calling the shooting was a “targeted incident.”

“He was leaving the Red Rocks Amphitheater, just outside Denver, after performing with Nas… when the sports utility vehicle he was a passenger in was showered with bullets, leaving three of Schoolboy Q’s associates with injuries.”

“The “Collard Greens” rapper was detained by police for questioning. Officers are still searching for a suspect, who “fled the immediate scene on foot”.

Meanwhile, none of the victims’ injuries are considered life-threatening, and one person has already been discharged from hospital.”