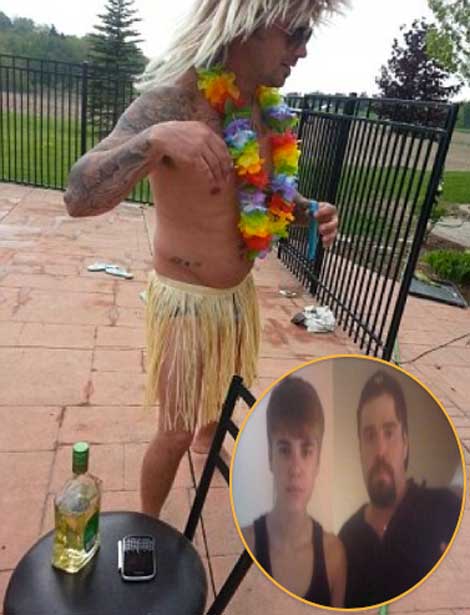 The Bieber’s are said to “confiscate their guests’ cameras and phones as soon as they walk through the door of the house”.. but thanks to Jeremy Bieber’s ex-BFF, a set of scandalous shots of Justin Bieber’s 38-year-old turnt up, skirt-wearin’ dad have surfaced. There’s now wide speculation surrounding the true nature of the former relationship between Justin’s Bieber’s father and ‘adopted Uncle’, Cory Bernier.

“Cory and Jeremy were inseparable for almost 30 years, but recently fell out after Cory finally realized the ‘manipulative’ 39-year-old had been using him throughout their friendship.” 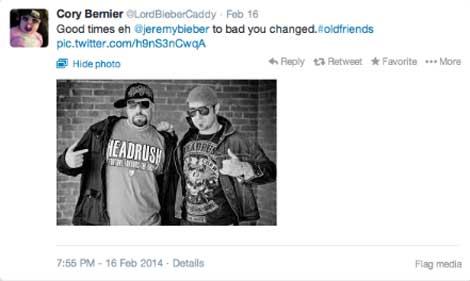 Now that Cory appears to be left to kick rocks, the 37-year-old seems to have an entire campaign aimed at revenge on Jeremy Bieber! Get this — Dude actually has two Twitter accounts — “LordBieberCaddy” and “Jeremy Bieber’s Karma” — which seem to be solely dedicated to gettin’ at Jeremy Bieber, “AKA LordRaukl”. From the feed, it looks like static between the the ex-BFFs started during this past 2013 holiday season. 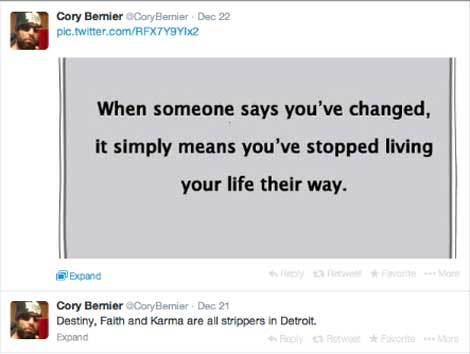 “I loved Jeremy like a brother for years. In a funny way I still love him, but I just can’t be around him anymore.

He used me throughout our entire friendship. If I wasn’t doing something for him, then I didn’t matter to him. That’s what he’s like with everyone, it’s all about what you can do for Jeremy, that’s his only concern.

If he thought I had let him down in any way he would start putting me down and criticizing me. He would make he feel like a piece of dirt on the bottom of his shoe.

I really care about Justin, I’ve known him his entire life and I am very worried that Jeremy is using him. He is an incredibly manipulative and persuasive guy, he is very good at getting people to do what he wants.” 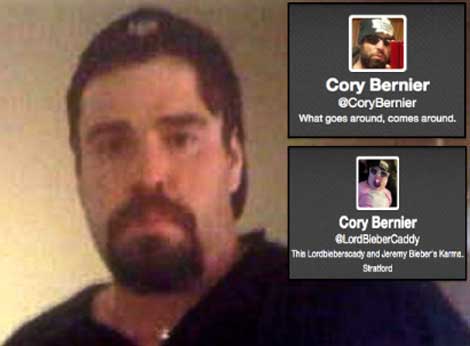 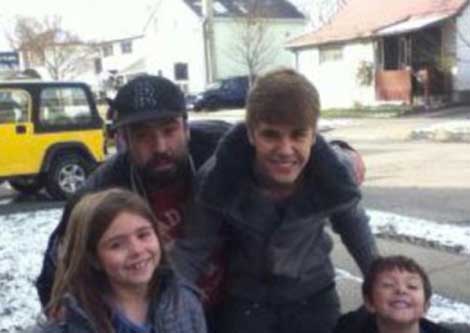