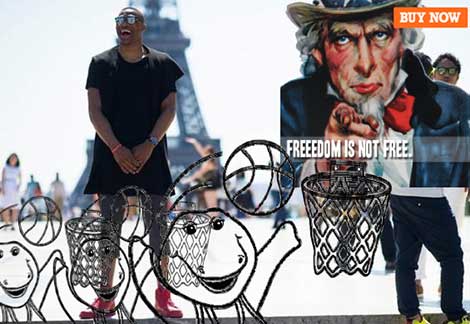 “This great Nation of ours is indeed the land of the free! Free to make choices and free to be yourself.”

Say Uncle! Russell Westbrook just took his game to a whole other level, not only has homey pulled out of participating in this summer’s USA Basketball to back his ‘Stop and Frisk’ team — it’s safe to say that the point guard can now attach his three-time All-Star title to his position with BYN! With that said, what better fitted name than “Westbrook Frames” to call the baller’s third brand under Barneys?

“Teaming up with luxury department store Barneys, the OKC baller is using his flair for fashion to offer up some trendy and affordable eyewear, catering to both men and women.” 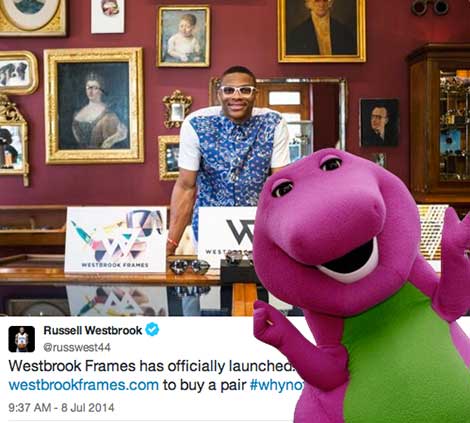 That’s right… Westbrook is throwin’ shades for BYN! His ‘unisex’ sunglasses ‘Westbrook Frames’ make the third collection under the baller’s Westbrook XO (short for Westbrook Exclusively Ours Barneys New York) brand. This, just after the debut of his ‘Kings and Jaxs’ Barneys men’s underwear…

“As the first ever non-traditional designer with his own Shop in Shop at Barneys, Russell is proving he’s really serious about his fashion ventures.”

Check out how Westbrook XO describes its ‘Kings and Jaxs’ brief, ‘The American’:

“This great Nation of ours is indeed the land of the free! Free to make choices and free to be yourself. Express your freedom in full color fashion with The AMERICAN from Kings and Jaxs! Built with the bold beautiful Red, White and Blue spirit of our nations flag, The American let’s them all know you’re a true patriot. Stand proud, stand tall, and always remember, freedom never came free!” 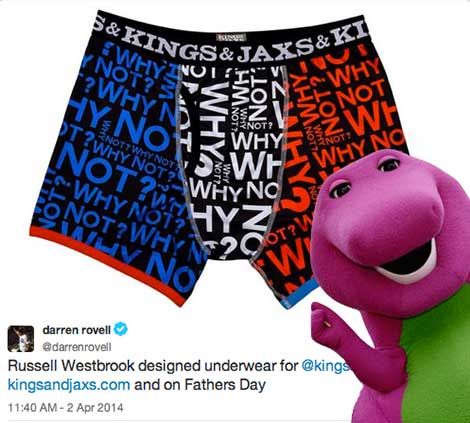 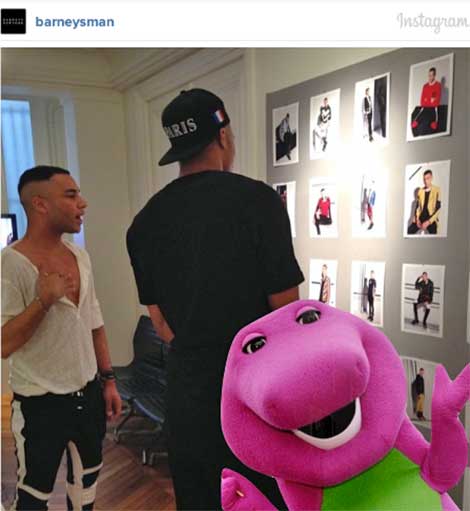 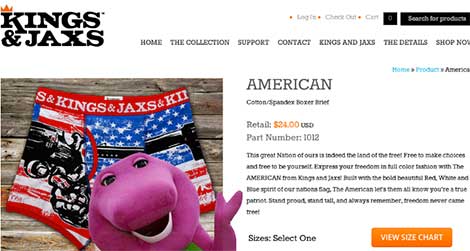