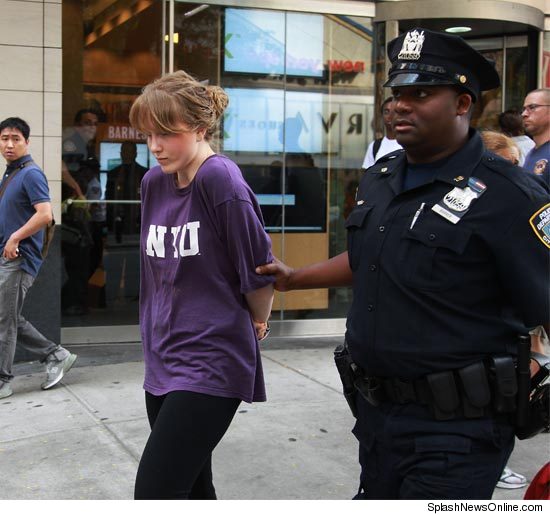 Says Urban Guru Jacky…. Rudy Giuliani may want to focus his attention less on disturbing hustles in major city’s, and direct that energy towards fixing the problems he has at home. That’s because the former mayor of New York’s 20-year-old daughter may be a kleptomaniac.

Caroline Giuliani was arrested Wednesday, after she was caught shoplifting in a Manhattan, NYC Sephora store. That’s where store security cameras recorded the Harvard University student lifting and pocketing more than a hundred dollars worth of merchandise. Authorities later arrested and then gave her a citation for a petty larceny charge (wonder what would have happened if it was an Black American). She’s due in court to sit before a judge on August 31st.

Caroline will undoubtedly beat the petty charge. Know why? Because the store’s managers didn’t want to press charges…it was police who pressed the charges. (This is a great example of what it’s like to have a dad who’s a politician. The Manhattan district attorney is reported to have not yet decided whether to file charges against her.

Here’s what I gotta say about this situation: Rudy Giuliani cheated on his wife Donna Hanover, and correct me if I’m wrong but a cheater falls under the same umbrella as a thief. So, I would say Caroline is a chip off the old block. Don’t you agree?