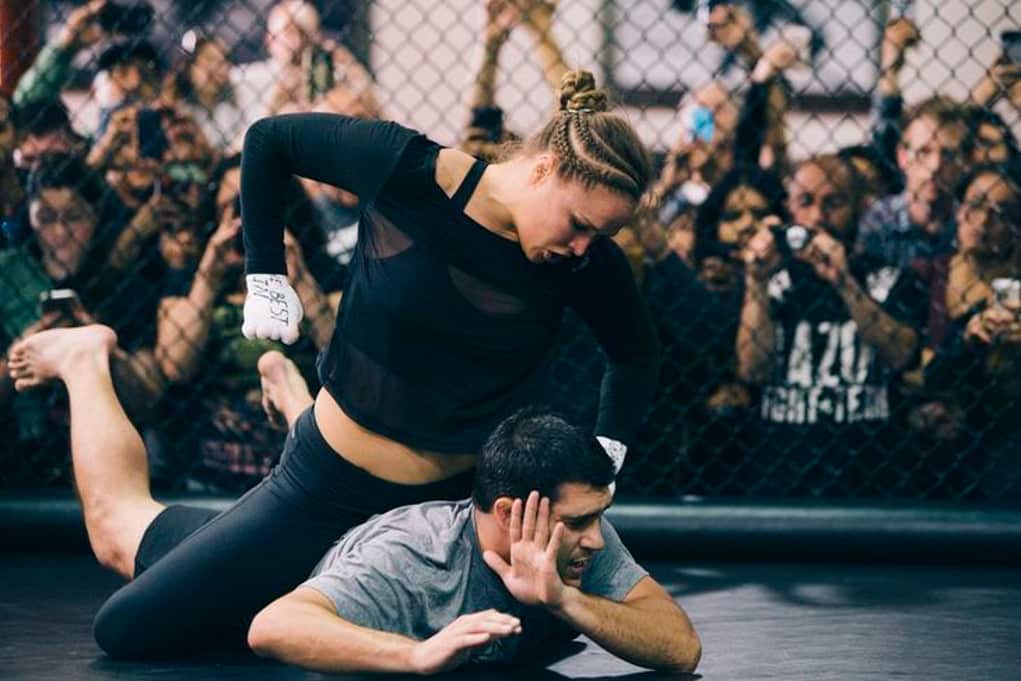 Ronda Rousey got her start in pro fighting, by beating up dudes for money.

Long before she was perhaps the most famous MMA fighter in the world, a star in the UFC and the undisputed greatest woman’s fighter of all time, Rousey, used to fight guys in the streets for chump change.

Still in high school, Ronda would look for fights with guys in order to make money for after school food.  Her friend acted as her de facto manager, and would find wannabe tough guys who thought they could make easy money beating up on a girl.

“Me and my friend Jackie, after school, we would walk over to the Promenade, and Jackie was like my Paul Heyman. She would be like, ‘I bet my girl right here could beat you up for $10.’ And then some guy would be like, ‘Ehhh, whatever. I’ll take that bet.”

Fortunately for the boys, she would simply get them into a quick tap out, “I would throw him to the ground, either give him a choke or an arm bar.”  Afterwards the girls would take the money and go hang out at a coffee shop and probably laugh about how easy it was to take money from these dudes. 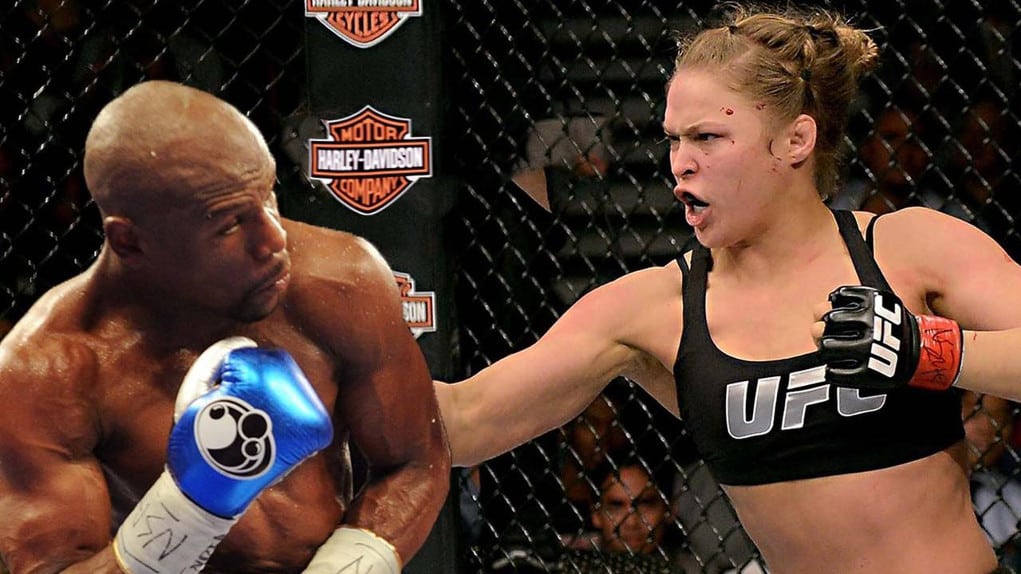 Rousey has issued an open challenge to known woman beater, Floyd Mayweather, to get in the ring/octagon with her.  She’s been beating on men for years so the thought of fighting a man does not make her concerned.