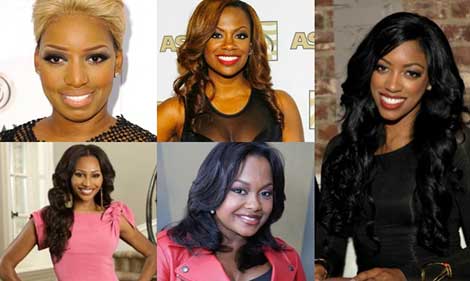 If Bravo fires Porsha Stewart from RHOA.. the network may be left without a cast. Reports reveal.. while NeNe Leakes and Phaedra Parks “are planning to have Kenya Moore forced off the set for good, the RHOA lady line-up are warning Bravo they’ll walk to.. if Porsha’s given the boot!

“Porsha’s job has been on the line” since the alleged attack on Kenya.”

“Sources close to the show say the women hatched their plan this weekend at Kandi Burruss‘ wedding. They allegedly told the show’s producers how much they despise Moore because of all the drama she stirs up.

Reportedly, since the brawl, ALL housewives’ contracts for next season have been put on hold until the show’s big wigs can figure out what they want to do about the Porsha situation.”