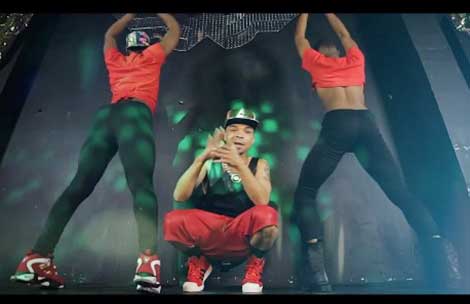 Times have changed especially in the rap game with major stars wearing skirts, now Lil Wayne has signed rapper Fly Young Red to YMCB. Though Fly Young Red is not the first openly gay rapper, see Sissy Nobby out of New Orleans and many more, he is one of the first to be openly gay and signed to a major label.

Fly Young Red did speak about the controversial song in a recent interview with Huffington Post, saying:

“I decided to make this video for lots of reasons. When I go to gay clubs and I look around I see a lot of gay guys dancing to songs that are made by straight rappers talking about females… I think females are beautiful I but I don’t find them sexually attractive. I like gay guys, so I made a song for gay guys to enjoy and dance to. I made it to play at gay clubs. I never wanted this song on the radio at all — I’m not trying to push a gay agenda on the African American race or turn young black youth gay. This music is not for either of them. All I wanted to do was make a song for the gay people that like hip hop to dance to. That’s it.”