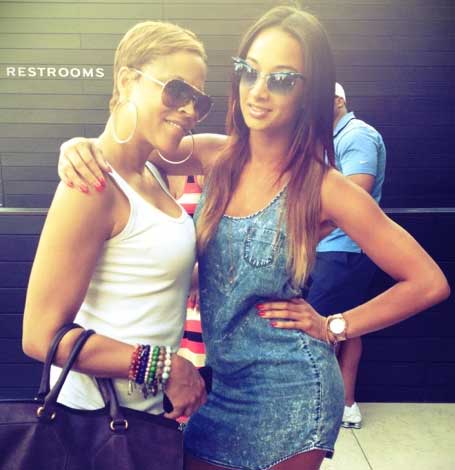 As word spreads of Draya calling it quits as Basketball Wife — the former video vixen denies claims of her supposedly telling “Shaunie ‘kick rocks’ as she walked off the set”.

This news comes after the bully coup against Draya led her to refuse to join Jackie & Co. in Paris. That’s after the fight — an event which Sundy Carter is revealed to have thrown a curve ball over. Know why? Draya is said to have “socked Sundy in the eye…” leaving Carter with a black eye. Don’t believe me.. Just ask John Salley.

Here’s how Draya broke the news that she’s out: