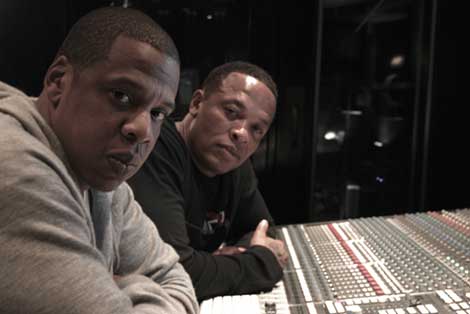 A judge has dismissed Jay Z and Dr. Dre’s suit against gospel group “Crowns of Glory” after the pair filed a motion to fold. The now closed case involves Rapper Rick Ross’ track, “3 Kings”.. featuring music revealed to be a ripoff from the 1976 gospel song “I’m So Grateful”.

Back in November 2013, Clara Shepherd Warrick and Jimmy Lee Weary — refiled their copyright suit against Jigga and Dre. According to court docs the “Crowns of Glory” pair cited the rappers for pushing “unsavory language” in “3 Kings”.. forever defacing their original spiritual tune.

Peep the history reported on the case:

Dr. Dre and Jay Z further explained that the gospel duo gave up their rights to the song through an agreement they entered into with Universal Music more than 35 years ago.

“In 1976, Plaintiffs assigned their rights in the Work to ABC/Dunhill and its successors through valid music publishing agreements,” the rappers said in the docs.

“Pursuant to these agreements, ABC/Dunhill registered a copyright in the Work that same year. As a result, ABC/Dunhill and its’ successor, Songs of Universal, had the absolute right to license and administer the Work as they saw fit and did so without complaint from Plaintiffs for over 35 years.”