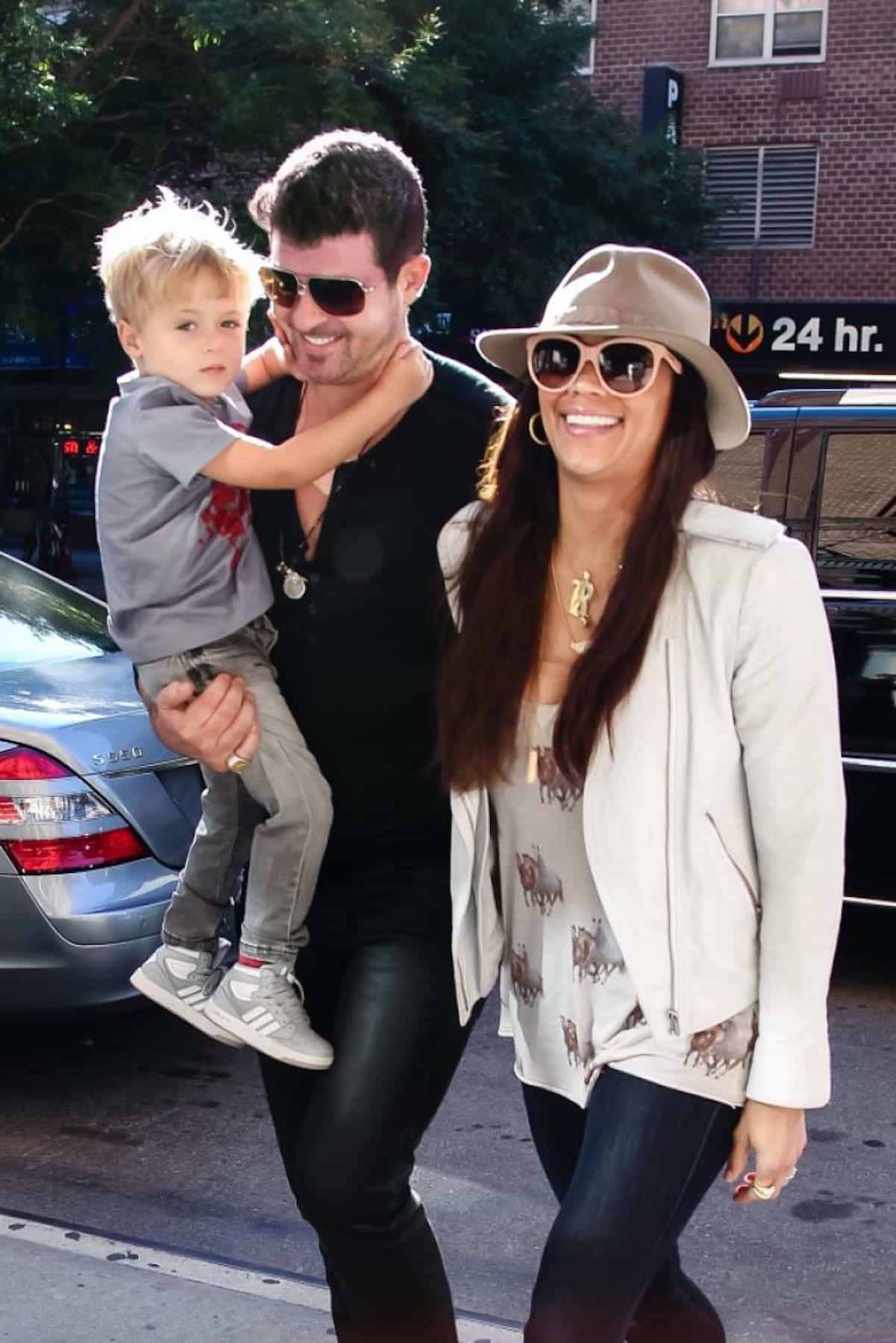 Robin Thicke just lost custody of his son after his ex-wife Paula Patton dropped some bombshells during their ongoing custody dispute.

On Thursday, an L.A. judge granted Patton a restraining order, and ordered Thicke to stay away from her, their 6-year-old son Julian, and her mother, Joyce Patton.

In the court docs, she says she caught him having inappropriate contact with a masseuse, and she accuses Thicke of inviting his drug dealer to their son’s third birthday party!

“Robin became so enraged that I had interrupted his ‘massage’ that he broke down the locked door. Robin became physically violent with me. He pushed me down and kicked me. [He] admitted to me that he had a drug and alcohol problem and that it was affecting his behavior.”

She also described the time he hit her with a closed fist while they were at the Cannes Film Festival in 2013.

“We began fighting. Robin hit me with a closed fist to my upper body and then pushed me onto the ground.” – Paula Patton

Although the physical abuse allegations were “unfounded” the judge still granted the temporary restraining order to protect Patton and her son.