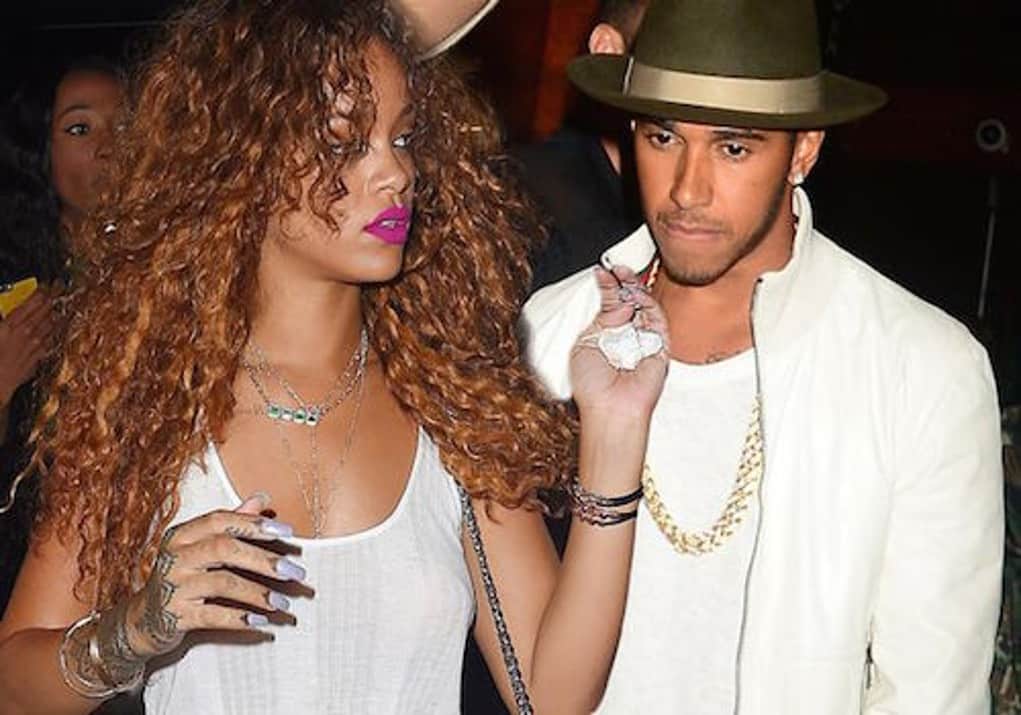 Rihanna was seen leaving the club and going home with Lewis Hamilton.

She has been linked to a lot of men lately, but Rihanna and Formula 1 driver, Lewis Hamilton, have been eyeing each other for years.  The two were seen in Barbados together during Carnival and were seen at the Kadooment Day event down there.

RiRi and Hamilton met up again when they were in New York.  The pair went to dinner at Da Silvano and then went for drinks at 1OAK.  Afterwards, they were seen leaving together and headed to the Bajan’s penthouse to keep partying, and be somewhere more private.   A person who was at the club with the two said, “They definitely looked cozy.” 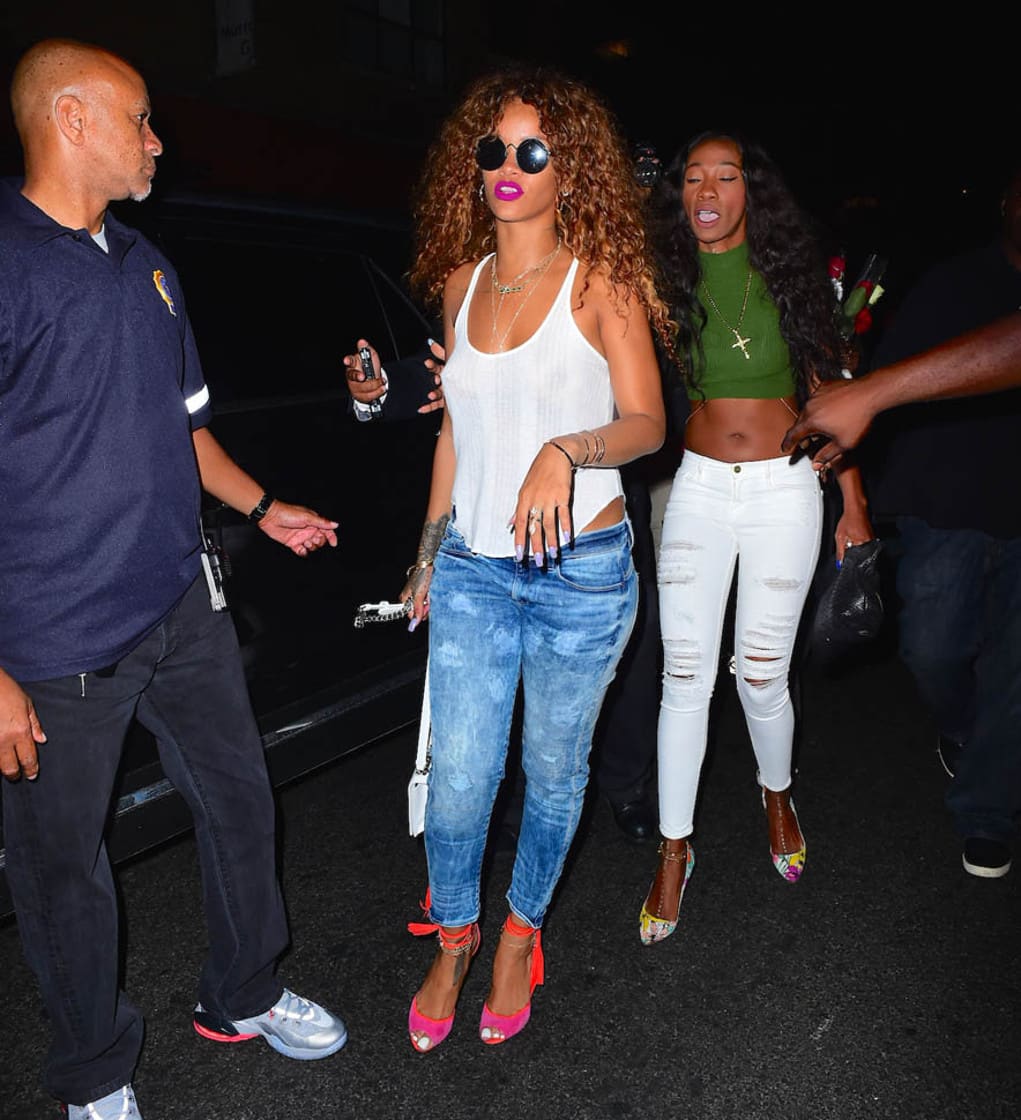 A source says the two have liked each other for years, “They’ve had a flirtation for years and have always fancied each other, but since May this year they’ve been talking a lot.”   Once their schedules worked out so they could be in the same city together they spent as much time together as possible, “Finally their schedules allowed them to spend a weekend in the same part of the world and they made the most of it.”