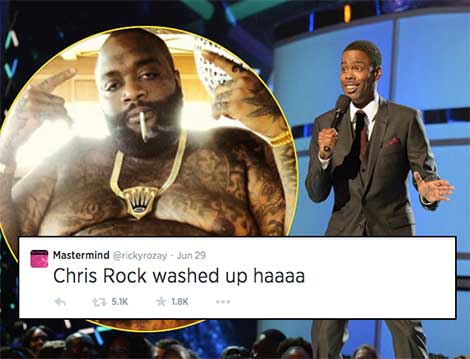 Rapper Rick Ross has gotten all kinds of undeserved passes, including but not limited to: disrespecting the lives and legacies of Trayvon Martin and Jordan Davis; repp’in drug-rapping females; and peddling booze to the Black community — but Mr. Maybach Music can’t seem to take being the butt of a jokes. Just ask Chris Rock!

“Chris Rock mocked Ellen’s ordering pizza during the Oscars, when she passed out slices to the crowd. Chris Rock wanted to put his own spin on it, and passed out L.A. soulfood staple, Roscoe’s Chicken and Waffles, to the crowd. He then took out a salad and said “this one is for Rick Ross.”

After mentioning Dr. Dre’s $3 billion success with Beats by Dre headphones, Rock also notes a lesser-known product line founded by rapper Rick Ross: “Dia-Beats: the headphones that you put on swollen feet before you chop ’em off.” He also snuck in another jab, saying Ross will “be the first rapper to die of breast cancer.” 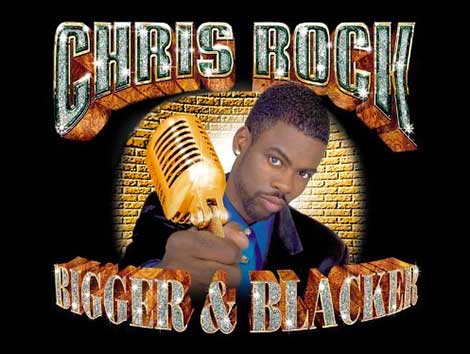