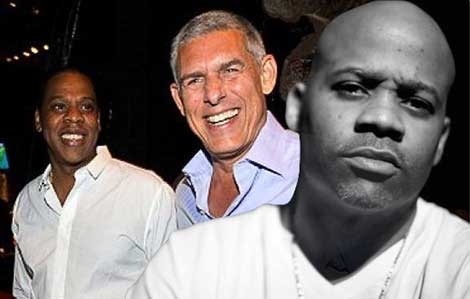 “I’m calling him out publicly and I want him to stop trying to rape my culture… go make some money with some other people.” ~Dame Dash

Lyor Cohen is back at the center of Dame Dash’s ongoing, no-holds barred Culture Vulture expose. This ain’t the first time Dame’s gone in on Cohen — who could very well be one of the industry’s leading Culture Vultures. But this time Dame’s made it clear: Lyor Cohen is to blame for he and Jay Z’s split… and their alleged beef was nothing more than smoke and mirrors concocted by the man.

“Never had a beef with Jay, always with Lyor and his whole crew. He’s the one that ruined Roc-A-fella, Lyor Cohen… he’s the one.”

Check out how Dame breaks down Lyor Cohen:

“He’s a fake CEO… makin’ money from people that they don’t care about. Stop havin’ your agenda be Hip Hop. Why don’t you do something besides rap? If you care so much about Rap, what have you done to give back to the community?

[It’s a] perfect example of what they always do to us… have us divide so they could benefit and take the focus off of them. It was like they have people that their job is to create beef. So, that they can monetize it. Pause. But they don’t let their culture feel it. But they make money from it. And they can’t make any money or get any respect in their culture. That’s why they’re in our culture.

What ever he’s doing is robbin whoever he’s in business with, so I suggest whoever’s doing business with him to check their books.

Of course you don’t see the puppetmaster. So, it’s time to see him. Bring em out. Call out Todd Moscowitz…Ask them why they got their jobs. That’s what I want to see. How did Joie get the job president of urban? And what does that mean? I need to see credentials. And culturally anyone that’s taking orders from that man should be asking ‘Why should I be taking orders from you?’ Period…’I don’t care.’ He said it. Joie said it. ‘I don’t care.’ ‘How you feel about the culture?’ ‘I don’t care.’ ‘How do you feel that someone relevant from the culture thinks you’re robbing it?’ ‘I don’t care.’ And nobody’s gonna question that? Aight.

That’s why I’m Dame. I’ll just continue to be Dame. I’mma have fun being Dame…Too much divide and conquer. So, that’s it, man. I’m just saying reverse the prospective. Let’s stop talking about rappers beefing. Let’s start talking about these people and educating the culture.”