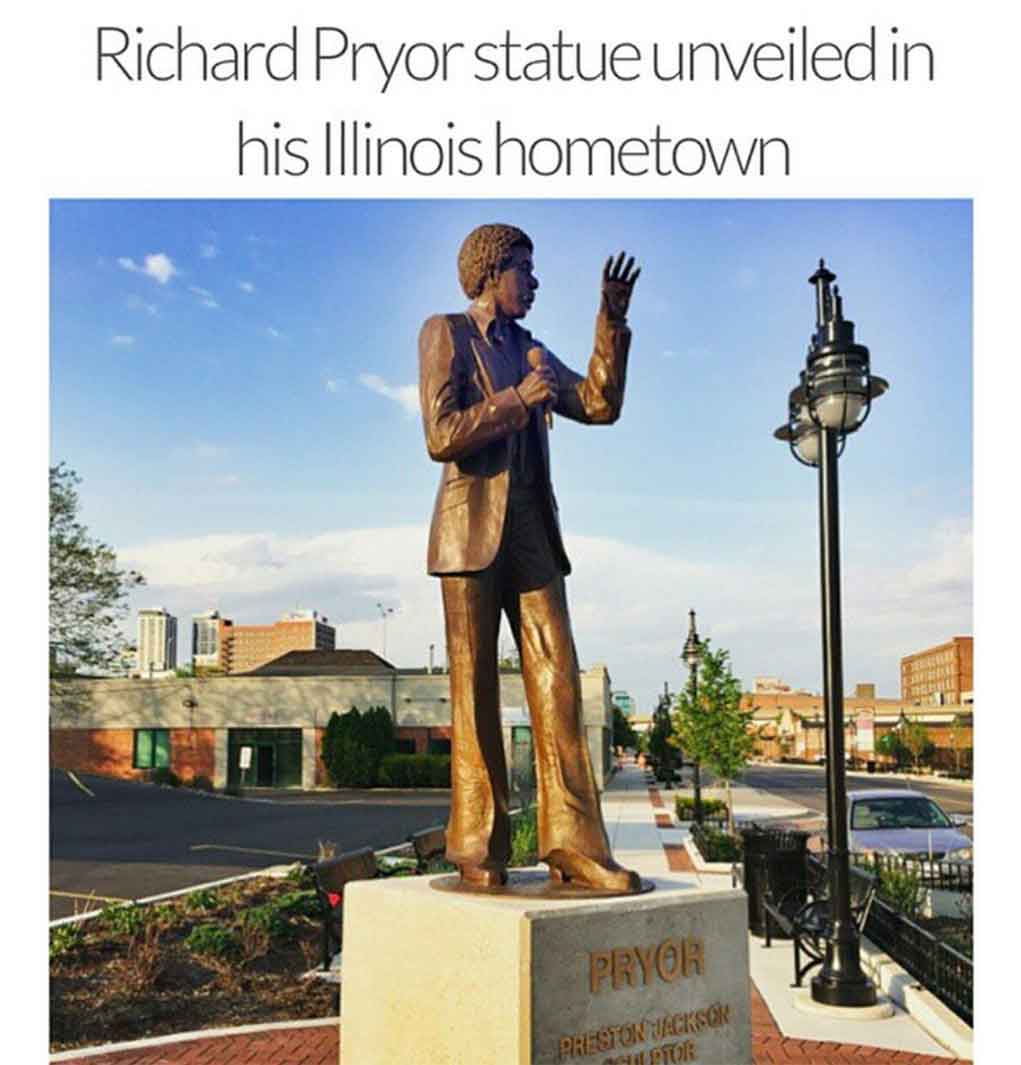 It may have taken a decade for Richard Pryor’s hometown of Peoria, Illinois to give the comic legend the props he’s due … but thanks to 75-year-old sculptor Preston Jackson, who’s also from the Midwest town, the a nine-foot-tall bronze Richard Pryor statue now stands tall.

“Creating the sculpture turned out to be the easy part. Convincing other locals that the city’s most famous native son was worthy of public recognition was considerably harder.”

While Jackson, sculpture and co-founder of Peoria’s Contemporary Art Center, celebrates the completion of his Pryor masterpiece that doesn’t mean his community joins him. “So let me get this right,” one Peoria resident wrote in a letter to the Peoria Journal Star in 2013. “We’re gonna put up a statue of a terribly foul-mouthed, drug-ingesting comic as a role model for our kids to look up to and imitate? I’ll pass, thank you!”

“He [Jackson] argued that the influential social critic was more than just an outspoken comedian, that he was also an important — and thoroughly misunderstood — human being. “He was on the level of W.E.B. DuBois, Frederick Douglass and Mark Twain and all these people who forced us to open our eyes and look at ourselves,” Jackson told The Washington Post. “He made us socially aware of race and politics and the things this country is talking about right now, such as police brutality.” “The difference,” Jackson added, “was that he could talk about it in a way that would make you — and the policeman who beat you up — smile at the same time.”